Home About Newsletter Categories Donate
What is green tea?
Most baby boomers embrace Internet use

Ralph Nader and me

I love Ralph Nader. I always have. I always will.

It was my dad who sparked my interest in consumerism. He watched every penny, and he complained –- loudly –- when he received poor service or bought a defective product. 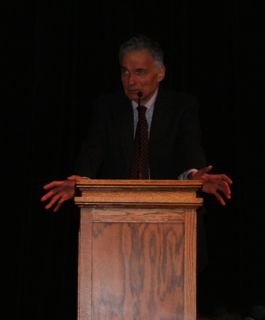 When I went to Washington State University during the 1960s, I studied consumer economics. I was hooked.

Those were heady times. The Consumer Movement was in an upswing. We had:

Ralph Nader was a dynamic, articulate leader of most of these efforts.

Nader first made headlines in 1965 with his book “Unsafe at Any Speed,” a critical indictment of the auto industry for producing unsafe vehicles. The book led to congressional hearings and a series of automobile safety laws passed in 1966.

He has built a national network of citizen groups that have had a major impact in areas ranging from tax reform to nuclear energy to health and safety programs. When he came to Washington state last year to talk about his book, “The Seventeen Traditions,” I was lucky enough to have my picture taken with him. The book is about 17 traditions Nader absorbed from his parents, his siblings, and the people in his community, and the lessons they offer for today's society.

Twice, Ralph Nader has run for president and garnered less than 5 percent of the vote. On Feb. 28, he announced his third presidential campaign.

Why is he running? He believes John McCain, Hillary Clinton, and Barack Obama are too closely tied to corporate interests. See www.votenader.org/issues.

Posted at 12:08 AM in Consumer Protection, Personalities, Politics | Permalink | Comments (0)