When I was doing research on green tea, I found a general statement about the health benefits of tea on the Web site of the Tea Association of the USA Inc. I e-mailed the association to see what their position is on the topic.

Joe Simrany, president of the association, sent a fact sheet called “Tea and Health: An Overview of Research on the Potential Health Benefits of Tea.”

I also asked him if there was any new information on the rejection of a petition by the federal Food and Drug Administration on the request by a Japanese company to state on labels that green tea reduces the risk of heart attacks. 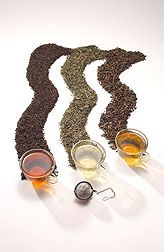 The rejection had nothing to do with a lack of evidence as opposed to a lack of clinical trials (using people), which are required to gain an official health claim from the FDA.  The Tea Association of the USA did not file the previous two petitions seeking a health claim because we are fully aware of the lack of clinical studies. When the evidence is available we will certainly prepare a petition to go forward.

Twenty years ago there were fewer than a half dozen scientific studies being conducted globally on the presumed health benefits of tea. For the last three years there have been approximately 900 scientific studies being conducted on tea each year. If there was not sufficient reason for scientists to believe that there were health benefits in tea then do you really think that all this time and money would be devoted to the research?

It was unfortunate that the two previous petitions were prematurely submitted by eager tea companies. However, their rejection has absolutely no consequence on the ultimate value of tea as part of a healthy lifestyle.

The Tea Association of the USA is a New York-based trade association representing the tea industry.

Found your blog via my menopause blog. I responded at length over there, but here is a good article about the differences between HRT and Bioidenticals: http://www.womentowomen.com/bioidentical-hrt/default.aspx

I'm browsing your blog and you seem to be a big fan of green tea! I like it too -- I buy loose organic/fair trade "Gunpowder Green" by a company here in NH called White Heron Tea. It doesn't make me have acid reflux like some other greens do. Do you have any recommended brands? Thanks!
Jacqueline

Thanks for commenting about green tea. I don't have a favorite. I buy organic green tea, often green tea with ginger, at the local food co-op.

I sent over to your site and looked for the information you wrote in reply to my question on HRT and bioidenticals. I couldn't find it. I'll e-mail you.

This blog is related to Green Tea and Health that there are many benefits if we consume this type of tea. I recommend that if there are newcomers then they can try it and if at all they are satisfied they can continue with this tea.