Home About Newsletter Categories Donate
What does a freedom lawn look like?
More ways to cut food bill

Since I love to eat vegetables and have a lot of vegetable scraps, I decided about 10 years ago to feed my garbage to worms. 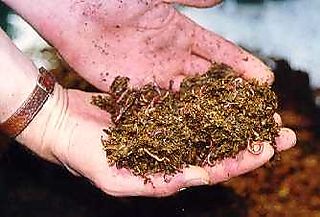 It’s an easy way to get food waste out of the landfill. Food scraps make up 12.4 percent of garbage in the United States, according to the U.S. Environmental Protection Agency.

When I planted my container garden last weekend, I used worm compost to enhance the soil.

Red worms can breakdown waste from vegetables and fruits, such as spinach, lettuce, and apples.

Here are tips for creating a worm compost bin:

Occasionally add sand and ground egg shells to your worm bin. Tough items such as orange peels and banana skins take a long time for the worms to eat, so most people don't put them in the bin.

For more information on creating a worm compost bin, read the book “Worms Eat My Garbage: How to Set Up and Maintain a Worm Composting System” by Mary Appelhof or visit Seattle Tilth, a non-profit organic gardening and urban ecology organization in Seattle, Wash.

Other sources of information include: