Boomer thriller writer tells of discrimination and the wonders of writing

On the back of thriller writer Gayle Lynds’ book, “Masquerade,” a quote from Cosmopolitan says, “You won’t sleep until you finish.”

It was true for me. I vowed I’d get to get to bed on time, but “Masquerade” is a page-turner. Although I put it down to carry out other activities, I kept coming back to it. 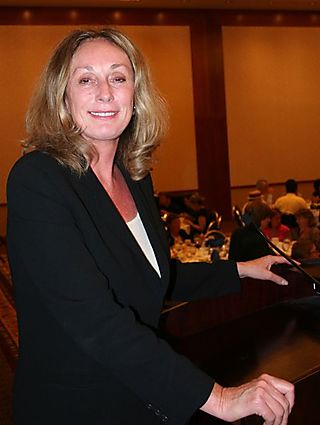 Lynds opened her keynote talk at the Pacific Northwest Writers Association recently by telling how she “lived in books” as a child.

Although she loved reading, she thought only gods and goddesses wrote books.

Lynds studied journalism at the University of Iowa. While there, she took some literature classes from Kurt Vonnegut. Vonnegut worked as an editor in a think tank for a time, which he described as exploding with so many ideas they seemed to bounce off the wall.

Marrying young, Lynds worked for a newspaper in Arizona and as a magazine editor in Santa Barbara, Calif.

Intrigued by Vonnegut’s think tank experiences, Lynds also took a job as an editor at a think tank. She obtained a security clearance and found the place was exciting, and fertile with secrecy, information, and sexual liaisons.

As Lynds was going through a divorce, she took the opportunity to decide what type of work would make her happy.

Lynds figured out all she really wanted to do was write fiction. She began writing short stories, which she said were bad. She put them in a box. 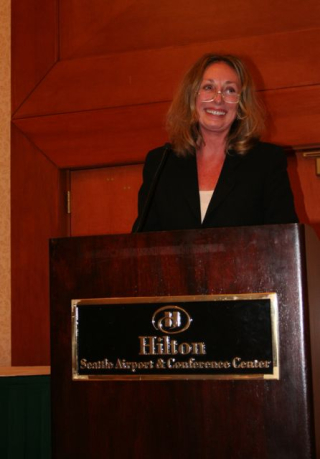 After buying a one-day ticket, Lynds attended a writers’ conference in Santa Barbara.

“I sat by two women,” she said. One had been working on the same book for five years. The other one hadn’t started on her book yet. Both called themselves writers.

With two children to support, Lynds knew she needed to begin making money from writing fiction.

Dennis obtained contracts to write books about Nick Carter, America’s 007, but she was the one who wrote them. At that time, women weren’t taken seriously as spy novel writers.

During the 1980s, Lynds wrote pulp fiction and worked as a magazine writer.  “It was a good way to learn about voice [as a writer], character, and action,” she said.

“I learned to be very good at it,” Lynds said. “It felt like getting a master’s.”

By the 1990s, she thought that she was ready to write her own books. Lynds loved big ideas. The excitement of spy stories, especially thrillers, appealed to her. 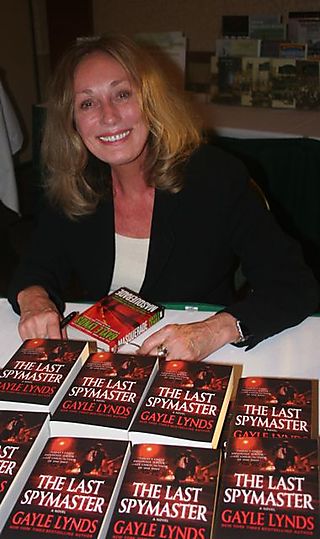 She wrote “Masquerade,” a novel about brain washing a woman to kill an assassin. Lynds had heard rumors about a brainwashing program called MK-ULTRA, which was launched during the 1950s.

After every publishing house in New York had rejected her novel, Lynds began asking people what was wrong. She was told the first 150 pages weren’t needed, so she reduced them to 15. She also rewrote the ending. It took a full year.

After Lynds found a new agent, the head of Dutton Books said she loved the book. However, Dutton wouldn’t be buying it, Lynds was told, because “no woman could have written this book.”

But Doubleday published the book. The hardcover book was sold in 20 countries, and the paperback became a New York Times bestseller.

Now Publisher’s Weekly lists “Masquerade” as one of the top 10 thrillers of all time.

Lynds advice to writers at the conference: “Don’t give up.”

Lynds’ latest book is “The Last Spymaster.” She has also written “Mosaic,” “Mesmerized,” and “The Coil.”

With Robert Ludlum, she co-created the best-selling Covert-One series and wrote three of the novels – "The Hades Factor," "The Paris Option," and "The Altman Code."

Lynds is a member of the Association of Former Intelligence Operatives and the Military Writers Society of America as well as co-founder and co-president of International Thriller Writers Inc.