Home About Newsletter Categories Donate
How to overcome fear
Dr. Oz: Now I’m stressed about how my stress level is causing me to age

How to remove dandelions naturally

The Washington Toxics Coalition recommends removing them by hand to avoid exposure to harmful chemicals. 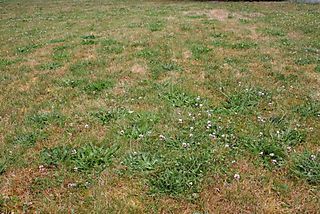 Dandelions are a common perennial weed that invades both lawns and gardens, according to the coalition’s publication “Weed Management for the Lawn and Garden.”

When hand digging, make sure that the whole root of the dandelion is removed.

If you have a large lawn, the coalition suggests using a tool that allows you to pull the roots rapidly while you stand up.

If the root breaks while pulling, which happens frequently, the plant can resprout from the piece remaining in the soil.

To reduce the spread of dandelions, the flowers shouldn’t be allowed to go to seed, according to the coalition’s weed management guide. Mow frequently to keep the flowers from maturing.

In lawns, the removal of dandelion plants leaves small bare areas where new weed seed can germinate. Be sure to spread a little grass seed in those spots to prevent the dandelion from growing again.

That’s too much work you say? Studies show that children and pets that use lawns where pesticides are applied have higher rates of cancer.

When I read these studies about 10 years ago, I thought the use of pesticides in home lawns and gardens would be reduced. However, pesticides are still being sold in record amounts in attractive packages and bottles in home and garden stores, big box stores, drug stores, and supermarkets.

If you’re too busy to pull dandelions by hand, try hiring a neighborhood teenager.

One project I’d like to undertake is to create a Youth Corp to work on hand weed removal so that harmful pesticides don’t need to be used.

Last weekend, I helped a friend pull dandelions by hand to help get ready for a garden party. We’ll be at it again this weekend. See upper photo. 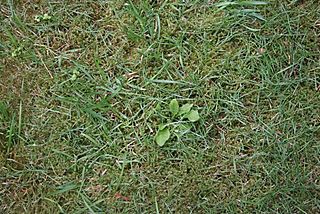 I’ve been concerned about pesticide exposure since I was a child. Growing up in Central Washington, I was sprayed with pesticide drift from airplanes when I was walking down the road. I also thinned apples as a teen in trees that were dripping with pesticides.

I learned about this link from a story on National Public Radio a few months after my dad had been diagnosed. A story reported increasing numbers of farm worker children, who were in the fields with their parents, were developing the disease.

In addition to owning a small apple orchard in Central Washington, my dad was the field manager for a large apple farming operation. He was in charge of the spray crews. One of his jobs was to shake the residue out of the sacks of pesticides after the crews had finished with them. Then he burned the sacks.

If you’re currently using pesticides on your yard, you may want to find out more information about them.

The Pesticide Action Network North America has a Pesticide Info Database that you can use to find out about the health effects of pesticides and regulatory information.

The network's Web site also has other helpful information about pesticides.

Thank you very much for the information I really appreciate it!!

Congratulations on your page, it is really interesting

Your page is really good!! Great stuff on it

Your site is a good.

Thanks for your comment and stopping by The Survive and Thrive Boomer Guide.

Thank you all for your comments.

This article on "How to Remove Dandelions Naturally" is one of the most popular on my blog.

Great post I agree that natrual is better. With a dog and a baby I do not want to use any pesticides in my back yard. Great post thanks.