Home About Newsletter Categories Donate
What should grandparents do about toy safety until protections from new law are in place?
Vegetarian diet, exercise, and stress reduction can lower cholesterol

Some people are tempted to buy cute monkeys, iguanas, poisonous snakes, and even tigers for pets.

For every animal that makes it to sellers, many others die. Conditions are often inhumane in transport. 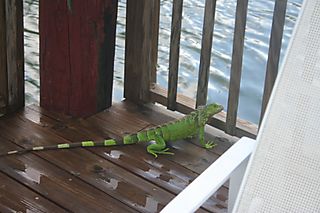 It’s also difficult to care for exotic animals. Most die in captivity due to lack of proper care or difficulty in adapting to captivity.

And exotic animals are dangerous. There have been dozens of captive big-cat attacks on humans in the past decade, including incidents in which a tiger mauled his guardian’s 3-year-old grandson, a lion killed several dogs and trapped a child in his room, and a Bengal tiger tore off the arm of a 4-year-old boy, according to the Web site Helping Animals. Wolf hybrids have also increased in popularity – it’s estimated that hundreds of thousands of them live in homes across the country – and since 2000, at least four people have been mauled to death by these offspring of wolves and domesticated dogs, Helping Animals’ article, “Inside the Exotic Animal Trade,” reports.

Exotic animals also escape into the environment and kill off native species. An example is in Florida where pet pythons have escaped into the Everglades and are taking over the ecosystem.

The Humane Society International’s article “Don’t Buy Wild” offers helpful information about exotic pets and what products from the wild you should avoid buying.