Thoughts about veterans and peace on Veterans Day

Baby boomers are among the many veterans who have served their country. One estimate is there are 9.5 million boomer veterans in America. 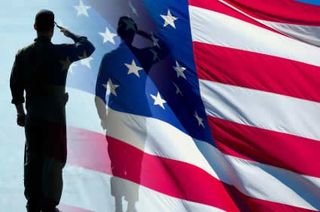 Many speeches are given on Veterans Day about the contributions soldiers are making and have made to our country. Here's what leaders had to say this year:

The truth of the matter is, I will miss being the commander in chief of such a fabulous group of men and women -- those who wear the uniform of the United States military... Thank you for your courage, thank you for your sacrifice, and thank you for standing up when your nation needed you most.

While our foremost thoughts are with those in distant war zones today, Veterans Day is an opportunity for Americans to pay their respects to all who answered the nation's call to military service. Participation in Veterans Day can be as simple as putting out the porch flag or reminding youngsters of the story of a relative who served in the military.

But what I think about on Veterans Day and every time I hear a news account on the wars in Iraq and Afghanistan is, "Why isn't the federal government providing better services for veterans?"

And, on Veterans Day, I think about peace.