Can Obama do what's needed for American consumers?

It was great to see millions of people jubilantly celebrating President Barack Obama Inauguration. I enjoyed gathering with friends to watch the event on television.

I think that Obama was by far the best choice of the two candidates we had to vote for in November in terms of what could be expected to be accomplished for consumers. However, I viewed the Inauguration with cautious optimism rather than excitement. 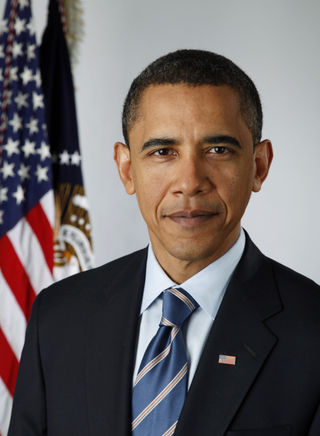 The question is, Will Obama be able to stand up to the special interests that gained so much strength during the George W. Bush terms and did so much damage?

I hope so. It’s going to be a tremendous challenge for him, his new administration, and Congress.

Special interests are already regrouping to figure how to get what they want from the Obama administration. One technique already in play is the hiring of Obama’s campaign workers to lobby for big business.

Obama is a smart, talented man. However, so was Bill Clinton. Clinton, a centrist, who didn’t do as much for consumers as I had hoped he would. In fact, Clinton signed the law that did away the Glass-Steagall Act of 1933, which regulated investment banks. This action contributed to the current financial crisis. See my article “What Happened to Regulations on Investment Banks.”

Did Obama address consumer issues in his Inaugural address?

Somewhat. But he only hinted how he will handle consumer issues.

The financial crisis, which happened without the mindful eye of government, was caused by greed and the failure of people to make the right choices, Obama said. He didn’t address what his plans were for turning the economy around, only saying that our tough challenges would be met.

On what consumers should do in the severe economic crisis that we face, Obama didn’t say Americans need to live simpler lives. Instead, he said, to those who see the decline of America as inevitable, the sights of the next generation will not be lowered.

On energy, Obama said our current policies strengthen our adversaries and threaten the planet. In beginning the work of remaking America, he said we need to move swiftly and boldly on environmental issues and create a new foundation for growth.

Obama mentioned the high cost of health care and that schools and colleges need to be improved to meet the demands of a new age.

On politics and how the federal government will operate, Obama said the time for petty grievances and worn-out dogma are over. The challenges are many, he said, adding, “Know this America, they will be met.”

The vital trust between the people and the government needs to be restored, Obama said. The question is no longer whether government is too big or too small. If a program works, it will move forward. If not, it will be discontinued.

On what he expects of citizens, Obama called for a new era of responsibility in which we have duties to ourselves, the nation, and the world.

Nothing is so satisfying as to give all to a difficult task, he said. It is the price and promise of citizenship.

Obama also addressed foreign affairs, which impact domestic issues because wars take so much money out of the federal budget, leaving less funding for the needs of the people.

On the role of the United States in the world, he said we are ready to lead once more. Obama said America will be the friend of nations large and small. In a new era of peace, it will extend a hand to those willing to unclench their fists. To our adversaries who want to fight, he said, “We will defeat you.”

So, can Obama do what’s right for American consumers? I hope so. I have the audacity to hope that he can.

For more information, my next article will be on “What President Obama and Congress Need to Do for American Consumers.”