When I wrote the post, “Becoming a Vegetarian,” I received a comment from Karen Taggart, spokesman for a new Web site called PETA Prime. PETA is an organization called People for the Ethical Treatment of Animals.

This is fantastic! We were recently at the AARP’s Life @50+ National Event & Expo and several people were taking our Vegetarian Starter Kit because they wanted to lower their cholesterol. Also, I thought you might want to know about our brand new blog for boomers, www.PETAPrime.org. We created a whole health section, prime.peta.org/category/health, because so many people have been rightfully looking to a vegetarian diet for health reasons. In the coming weeks I can also promise you more great veg cooking ideas. 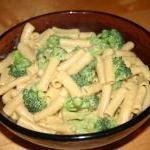 The new boomer site on vegetarian eating and cooking intrigued me. I asked Taggart if she’d be willing to do an e-mail interview about the new site. Here are my questions and her answers:

Rita: When and why did you become a vegan?

Karen: I stopped eating meat about 20 years ago, and it was because of PETA! I didn’t work here at the time, but was always an animal lover. So after reading more and more of the information PETA produced about cruelty to animals, I knew I had to make the change. I then went vegan about six or so years later. For me it was definitely a progression.

I have always had dogs in my family, and when I was younger I never understood my mother’s explanation about why we ate cows and not dogs. Then after giving up beef, I learned more about how cows were mistreated in dairy industry, and chickens in the egg industry, and I didn’t want any part of the whole thing. So I stopped eating all meat, fish, dairy and eggs… but I have to say I have never really missed it.

I learned to really cook after I switched to a vegan diet, and I can tell you that we eat very well in my house! I also stopped wearing leather and wool; I never wore fur. It all just felt right. People always ask me if I am vegan for ethical, spiritual, health, or environmental reasons, and I just simply say, “Yes!”

Rita: How did you become involved with PETA? What's your job? What do you find to be the most rewarding things about working for PETA? 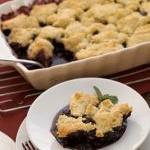 Karen: I first became involved in PETA about 20 years ago when I first starting thinking about becoming vegetarian and began exploring animal rights issues. I’ve been a supporter all along, and have attended a few protests, but I didn’t start working professionally with the PETA Foundation until early in 2008. It’s been amazing!

The most rewarding part of the job is working everyday with smart, dedicated, creative people who show up every day ready to make a real difference. From a selfish perspective, it’s also nice working with people to whom I don’t need to explain every day my beliefs about animals and who understand that occasionally I need to take some sick leave to take my dogs to the doctor.

My job is great in that I get to work with almost every department to help make sure that PETA members are engaged, involved, and supported. One part of my job is managing the PETA Prime blog, which I love! It’s becoming quite the community…

Rita: What's the mission of PETA and what are its goals?

Karen: There’s a great section on our Web site that explains all of the answers to your questions much more eloquently than I can. 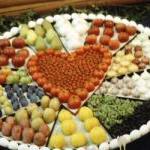 PETA, with more than 2 million members and supporters, is the largest animal rights organization in the world.

PETA focuses its attention on the four areas in which the largest numbers of animals suffer the most intensely for the longest periods of time: on factory farms, in laboratories, in the clothing trade, and in the entertainment industry. We also work on a variety of other issues, including the cruel killing of beavers, birds, and other ‘pests,’ and the abuse of backyard dogs.

Rita: Why should people switch to a vegetarian diet?

Karen: Vegetarian diets help people live longer, healthier lives, while making the Earth better for the people and animals who inhabit it. David Jenkins, a researcher at the Clinical Risk Factor Modification Center at St. Michael’s Hospital in Toronto, said that “the evidence is pretty strong that vegans, who eat no animal products, have the best cardiovascular health profile and the lowest cholesterol levels.”