A new interactive map listing the top-ranked hospitals in the U.S. by geographic area is available from AARP The Magazine. 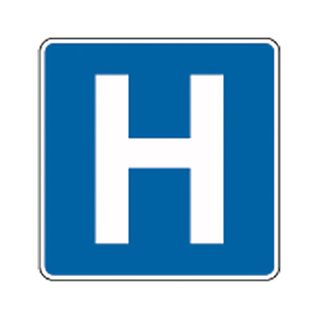 Compiled by Consumers’ Checkbook, a nonprofit organization, the listing is available online on the magazine’s Web site.

Consumers’ Checkbook surveyed doctors from across the country and collected 140,000 ratings of hospitals in the doctor’s communities. Checkbook also asked the doctors whether and where they’d recommend patients seek care in other communities for extremely difficult cases of heart conditions, cancer, and other ailments.

The list will help guide patients to appropriate hospitals if they decide they need to travel outside their hometown for care, AARP said in a statement announcing the launch of the interactive map.

When asked where they were most likely to send patients with difficult cases, doctors surveyed by Consumers’ Checkbook named the following hospitals:

The survey is part of the research for a book from Consumers’ Checkbook called “Consumers’ Guide to Hospitals,” which uses volumes of government safety statistics and data on death and complication rates, along with survey results, to compare and rank hospitals in the country’s 53 largest metro areas.

Thanks for the information, this is really helpful!

Thanks for the comment. The new AARP interactive map offers valuable information for consumers who want to research hospitals they can go to if they have a complicated surgery.

Great info. I will include it on my blog 4/5/09. www.50somethinginfo.blogspot.com
Well done.

Thanks for your comment and visiting The Survive and Thrive Boomer Guide.

I'll take a look at your blog.

Blogs are so informative where we get lots of information on any topic. Nice job keep it up!!