Home About Newsletter Categories Donate
The Survive and Thrive Boomer Guide Recall of the Week: Girls’ shoes from Nordstrom
How big are your state’s budget troubles? 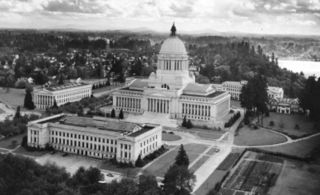 It’s difficult for older workers to find jobs. It’s especially trying during this recession because older workers are often the first to be laid off and offered early retirement deals.

Citing a 5.9 percent unemployment rate in January 2009 among workers age 55 and older, U.S. News & World Report decided to consult career counselors to find out if any industries are hiring these workers.

Here’s what they found, as reported in the article “Three Industries Currently Hiring Older Workers”:

Let me know what your experiences are with these three industries in the current economy.

Here in Olympia, Wash., the capital of the state, jobs are being cut in state agencies, colleges, and public schools. More than 8,000 jobs may be lost in state budget cuts.

Are big cuts occurring in government and education in your state?

Posted at 12:03 AM in Economy, Employment, Government, Health | Permalink | Comments (0)