Pesticides are harmful to you, your children, grandchildren, pets, and the environment

Since I was a child, I’ve been concerned about pesticide exposure. 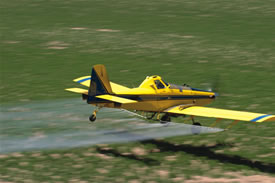 Growing up in Central Washington, I was sprayed with pesticide drift from airplanes when I was walking down the road. I also thinned apples as a teen in trees that were dripping with pesticides.

I learned about this link from a story on National Public Radio a few months after my dad had been diagnosed. A story reported increasing numbers of farm worker children, who were in the fields with their parents, were developing the disease.

If you’re currently using pesticides on your yard, you need to be aware of the possible harmful effects. In this article, the term pesticide also refers to herbicides and fungicides.

Pesticides are harmful to humans

In addition to causing short-term health effects, long-term effects of pesticides that are known are cancers, birth defects, reproductive harm, neurological and developmental toxicity, immunotoxicity, and disruption of the endocrine system, according to the article “Pesticides and Human Health” on Californians for Pesticide Reform.com. 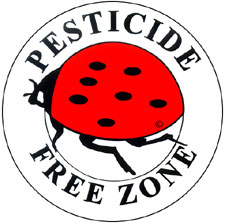 For example, a recent study found that children who live in homes where their parents use pesticides are twice as likely to develop brain cancer versus those that live in residences in which no pesticides are used, reports Environmental Health News in the article “Pesticides Blamed for Some Childhood Brain Cancers.”

It’s well established that many pesticides cause cancer in animals, the article states.

People think that because the brightly colored boxes of pesticides are allowed to be sold in stores that they’re safe. Only a minimum amount of tests have been conducted on pesticides since they came into use after World War II.

The U.S. Environmental Protection Agency for the first time will require pesticide manufacturers to test 67 chemicals contained in their products to determine whether they disrupt the endocrine system, which regulates animals' and humans' growth, metabolism, and reproduction, The Washington Post reports in the article “EPA Will Mandate Tests on Pesticide Chemicals.”

Pesticides are harmful to lawns and gardens 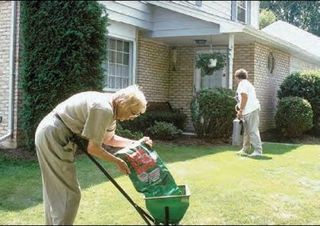 Treating plants or controlling garden pests with chemicals often makes the situation worse because the chemicals damage the soil's natural defense system by killing off good organisms and bacteria along with the bad, reports the King County article “Chemical Use: Get Your Yard Off Drugs!”

Healthy soil is full of beneficial bacteria, fungi, and other organisms that work together to keep disease and pests under control and protect the health of plants.

Building healthy soil by using compost, growing plants that resist plant diseases in your area, and planting a variety of plants, especially plants native to your area, will help you have healthy gardens and lawns.

Pesticides are harmful to the environment

Pesticides drain into streams and injure and kill fish and wildlife. Through these environmental exposures, pesticides accumulate in the food chain.

These are three good reasons to stop using pesticides. They’re harmful to (1) your health and the health of those in your household, (2) your lawns and gardens, and (3) the environment.

To find out about the health effects of the pesticides you’ve used, see the Pesticide Action Network’s Pesticide Info Database.

Here are other resources to help get your yard off pesticides:

Your Blog posts are increasing in clarity, quality and personality in an almost unlimited way...

And as someone who has for decades held their breath in the gardening section of department stores, it's about time that everyone better understand why!

After World War II all the chemical companies that built bombs needed a new market for their poison. That's when they force-fed us the notion that rich lush weak green leaves overeacting to nitrogen poisoning was actually a sign of more abundant and fertile health in plants...

They've been poisoning us for too long and Obama's organic garden... The second that first shovel went into the White House lawn spelled the beginning of the end of modern industrial poison-based agriculture.

India is the best example of not only resistance to modern agriculture, but also how it destroys culture and community. In recent weeks in India, there's been over 1,500 suicides because of crop failure because modern agriculture depleted the soil and aquifers and no one grows with natural rainfall and natural fertilizer anymore. They are all bankrupt and suicide on a mass scale has become their only solution!

Here's to the beginning of the end of all the topsoil ruining, watershed poisoning, livestock damaging pseudo-science of munitions sales, I mean modern agriculture!

When I was growing up, it was amazing to see how the colleges were involved in promoting the use of pesticides. The experiment stations and field staff were heavily involved in telling the farmers when to use which pesticide.

They're doing better today with the Master Gardner programs and at least some research and work on organic gardening and farming.

My parents used DDT in our gardens. My mom would line the small trenches she made with it when she planted radishes.

I wrote this post because it was the daily assignment from the ProBlogger in his 31-day e-mail workshop to write an opinion piece. I've written opinion post before and I've urged people to begin organic gardening, but this is my strongest "Don't use pesticides" post.

This is great, you have all the bases covered! I had no idea pesticides were so bad!

Yes, the research studies have been out for quite some time now, but the pesticides continue to be sold in pretty packages without adequate information for consumers.

Great article, I'm so sorry to hear about your father. People don't take the harm of pesticides seriously enough. As you have just proven through personal experience, it's not something to be taken lightly. I agree with you that pesticides should be avoided whenever possible -- and I think a huge part of the reason that people do not avoid them is due to being unaware, lazy to find alternatives, or do not want to spend the money.

However, there are TONS of natural alternatives out there for probably every pesticide! I definitely recommend everyone to gain a little knowledge on the topic, and go natural before harming yourself or your family:
http://www.ridmothsnaturally.com/moth-balls/chemicals-can-hurt-you-more-than-they-can-help-you.html