Buying eyeglasses is a difficult consumer problem for me.

Recently, I wrote a post, “How to Buy Eyeglasses,” about choosing glasses. I included photos of some of my past selections. 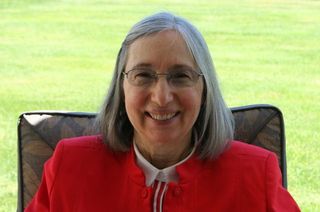 The post is becoming one of the most widely read items on my blog.

In the post, I said I was going to try something different.

Consumer Reports did a survey of 92,000 eyeglass buyers. In the survey, it found that Costco, the nation’s fifth-largest seller of eyewear, offered low prices and good service.

I went to Costco and spent about an hour and a half trying on glasses. The clerk who assisted me was helpful and pleasant.

The selection was limited, but I found a pair. I paid $210, $40 of which was for the frames. It’s been years since I’ve seen frames for that price.

It took two weeks to get the glasses. I picked them up yesterday.

The clerk who helped me didn’t provide good customer service. I thought the bows were too long. I noticed this when I tried on the sample. The man who helped me on my first visit said the bows could be shortened.

When I put the glasses on, the second clerk said he thought they looked fine. I tried to explain what I thought was wrong. To fix the problem of the bows being too long, he bent the ends of the bows inward. They were so tight they hurt my head.

When I told him that didn’t work, he was rude, saying in a derogatory tone that he would fix any problems with the glasses if I could explain what they were.

He bent the ends of the bows back like they were originally. I gave up on trying to get that problem fixed.

Then I told him I have one ear lower than the other so I needed an adjustment for that. I’ve had at least a dozen pairs of glasses in my lifetime. All of the opticians I’ve worked with have been able to see the problem and adjust my glasses so that they sit properly on my nose.

He bent one bow where it attached to the glasses three times, speaking to me in an even, but disgusted tone.

I gave up and left. I decided I could come back later if the glasses were giving me problems and have someone else try to adjust them.

Will I buy another pair of glasses from Costco? I don’t know. Maybe. Maybe not.

What I’m wondering about is whether I should have looked at places that offered two pairs of glasses for the price of one. I need a pair of computer glasses and don’t want to pay another $200 for those.

Which brings me back to the point I made in my first post. Perhaps it’s difficult to buy eyeglasses because you need to wear them for several years and if you make a mistake you just have to live with it.

I’ll try again in a couple of years to get it right with glasses.

I LOVE your new eyeglasses! Was it worth the bad customer service though? I'm surprised you didn't slap the guy or give him a verbal slapping. There is no place at Costco for rudeness!

Thanks for your comment. It was such an unusual consumer experience. The Costco sales associate just kept being ruder and ruder.

Of course, I do like your new eyeglasses! Well, I must say there are times when we experience that kind of thing, and it's completely normal. And with your situation, I think you should buy glasses in other stores in town that can provide you great glasses with a much better customer service.