Home About Newsletter Categories Donate
Will you be growing food this year?
Do you like my new eyeglasses?

Nearly 300 children younger than 5 drown in pools and spas each year, and about 3,000 suffer pool or spa-related injuries requiring attention at hospital emergency rooms.

About two-thirds of the pool and spa-related deaths and injuries involve children ages 1 to 2, with about 80 percent of the drowning fatalities occurring in residential settings, such as the victim’s home, a family or friend’s house, or at a neighbor’s residence. 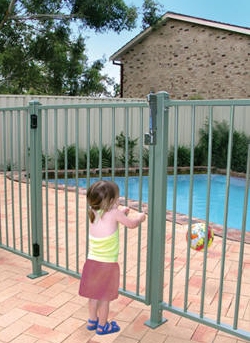 From 1999 through 2008, there were 83 reports of pool and spa entrapments, including 11 deaths and 69 injuries, new data from U.S. Consumer Product Safety Commission also shows.

Since 1999, 14 percent of the reported suction/entrapment incidents at pools or spas were fatal.

“Preventing child drownings is a key part of the commission’s mission,” said Nancy Nord, acting chairman of the commission at a news conference at which a report on the new data was released.

“I call upon all parents, caregivers, and pool and spa operators to ensure that fencing and other layers of protection are in place; that there is constant supervision of children in and around the water; and that new, safer drain covers that prevent entrapment incidents are installed.”

A new law, the Pool and Spa Safety Act requires all public pools and spas to have anti-entrapment drain covers, and in certain circumstances, an additional anti-entrapment system. It went into effect on December 19, 2008.

The commission is prioritizing public wading pools, kiddie pools, and in-ground spas as the key areas of focus for enforcement and is calling on state departments of health to assist the agency in enforcing the law.

Funds to carry out the law will be used to increase compliance with the law, educate people on pool and spa safety measures, implement a state grant program, and partner with state and local government on enforcement.

The commission is also announcing the launch of a new Web site – www.PoolSafety.gov – that provides information about the act and drowning prevention.

The site provides information for the general public, the swimming pool and spa community, state and local officials, and the media.

Drowning occurs more commonly when children get access to the pool during a short lapse in adult supervision.

To reduce the risk of drowning, pool owners should adopt several layers of protection, including physical barriers, such as a fence completely surrounding the pool with self-closing, self-latching gates to prevent unsupervised access by young children.

If the house forms a side of the barrier, use of alarms on doors leading to the pool area and/or a power safety cover over the pool is recommended.

In addition, reports of children exiting the house via a pet door have been on the rise.