A tribute to my dad on Father’s Day

My dad Minor H. Slingsby was an important figure in my life.

Two of my main passions in life came from him: an interest in consumerism and newspapers. 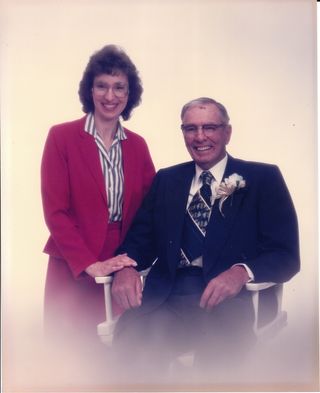 My dad enjoyed reading the newspaper, and he’d read articles to us. When he found something he thought was humorous, he’d read it aloud and laugh uproariously.

Carefully watching every penny, my dad taught me to be an informed, alert consumer.

I’m a consumer journalist because of him.

My dad was a stern man. My mom said when they were first married she’d argue with him. After a while, she gave up. Mom said she decided he could be in charge. He made the decisions in the family.

My two sisters and I worked hard at following his rules and keeping out of trouble.

Born in 1910 in Williston, N.D., my dad and his family experienced hard times as a farm family.

One of the main crops they grew was flax, a plant used to produce fiber.

My dad’s father drank heavily and gambled, so little money was left for the family.

At one time, my grandmother and some of the seven children tried to obtain property by homesteading. Huddled under buffalo blankets when they ran out of fuel and food, one of the boys had to go to town for help.

It was difficult for the family to earn money after that.

When my dad was about 8, his family moved West. Mable Bailey Kinyon, my grandmother’s sister, helped the family. She and her husband Harry Kinyon owned an apple ranch in Cashmere, Wash.

My dad lived with his sister Mable Taylor and attended Cashmere High School where he played basketball. He was 6 foot 4 inches.

Although my dad worked mostly in apple orchard jobs, he met my mom in the Ritzville, Wash., area when he went to get a job in the wheat harvest.

My dad married Ruth L. Telecky in 1933 in Cashmere.

During the Great Depression, he was able to get a job working for the Works Progress Administration as a timekeeper. The skills he learned were helpful to him later in life.

My parents worked hard, saved their money, and bought a seven-acre apple orchard in Orondo, Wash. It’s 13 miles up the Columbia River from Wenatchee. 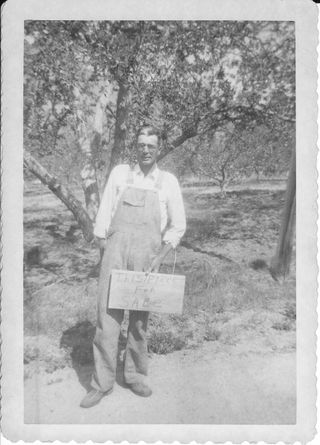 One thing that happened to my father, which affected him profoundly, was the loss of the orchard. Apple prices were low in the recession of 1948, and we had to sell our ranch.

My dad was upset about it for years. He complained about capitalism. He criticized the government, saying apple farmers should be able to receive the same subsidies as wheat farmers.

We moved up the river to the Wenatchee Beebe Orchard Company where my dad obtained a job as the field manager.

Like most men of his era, my dad didn’t talk about his feelings. He never talked about his childhood. The information I learned was from my Uncle Harry and my aunts.

My dad was proud of my accomplishments and me. We were able form a good relationship in his later years and enjoy and appreciate each other.

I miss my dad very much. I’ll be thinking about him on Father’s Day and the contributions he made to my life.

Posted at 02:44 AM in Holidays, Personal Growth, Personalities | Permalink | Comments (3)

This is a nice tribute to your dad.

Thank you. He played an important role in my life. I miss him.

Not sure you with get this post, but I am the daughter of one of the Beebe Orchards. My name is Pamela Beebe Lombardi. I was sadden to hear the orchards are no longer. Last I knew, Dole was going strong after my family sold the company to them.