Home About Newsletter Categories Donate
The Survive and Thrive Boomer Guide Recall of the Week: Black & Decker brand Spacemaker™ coffeemakers
Do you save money shopping at Costco or another warehouse club?

Is the Internet interfering with your family life?

As a result, they’re spending less time with their families. 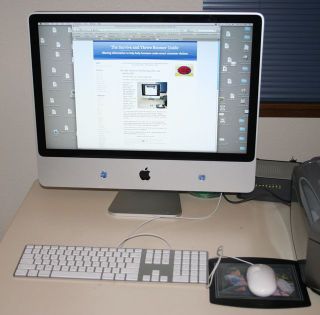 In a survey, 28 percent of Americans said they’ve been spending less time with members of their households, the Annenberg Center for the Digital Future at the University of Southern California reports. That's nearly triple the 11 percent who said that in 2006.

A 10-year-old girl told how her dad spends a lot of the little time he has at home on the computer, on the NPR program “Daddy, What’s a Facebook?” She described how her little brother throws tantrums to get his dad’s attention when he’s using the computer so long.

What’s happening in your home? Are your family relationships being affected negatively by computer use? Is the problem worse since Facebook and Twitter have become so popular?

Do you have limits on how much teens can use the computer? Do your teens have their own laptops?

Write a comment below and let me know if soaring Internet use is causing squabbles in your home.