What do gay baby boomers need as they grow older? 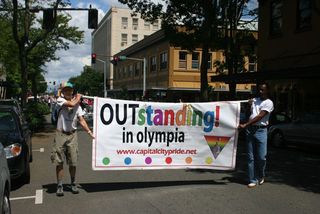 In a proclamation, President Obama said that lesbian, gay, bisexual, and transgender or LGBT Americans have made, and continue to make, great and lasting contributions that continue to strengthen the fabric of American society.

The LGBT rights movement has achieved great progress, Obama said, but there’s more work to be done… LGBT families and seniors should be allowed to live their lives with dignity and respect. And he added:

As long as the promise of equality for all remains unfulfilled, all Americans are affected. If we can work together to advance the principles upon which our nation was founded, every American will benefit.

During LGBT Pride Month, I call upon the LGBT community, the Congress, and the American people to work together to promote equal rights for all, regardless of sexual orientation or gender identity. When I marched in the Olympia, Wash., Capital City Pride Parade, I thought about gay baby boomers and what their concerns are, as they grow older.

A study, “Out and Aging: The MetLife Study of Lesbian and Gay Baby Boomers,” takes a look the needs of the boomer generation as it reached midlife and beyond. The study found: 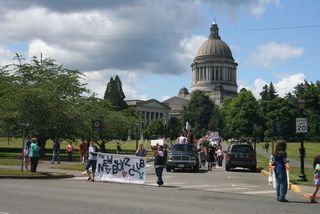 The MetLife Mature Market Institute and the Lesbian and Gay Aging Issues Network of the American Society on Aging undertook this national survey of lesbian, gay, bisexual, and transgender baby boomers in February 2006.

A sample of 1,000 LGBT people ages 40 to 61 participated in an online survey conducted by Zogby International, a polling and public-opinion research firm.

Let me know if this survey reflects your concerns as a gay baby boomer consumer as you approach and enter retirement. Do you have additional new worries about the coming years due to the Great Recession? 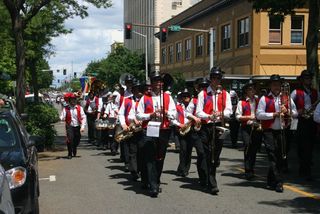 Note: The photos are from Capital City Pride Parade.