Home About Newsletter Categories Donate
What do gay baby boomers need as they grow older?
Eating while you’re driving is dangerous

Michael Jackson, who died Thursday at age 50, was an extremely talented baby boomer entertainer, selling hit after hit on the pop charts. 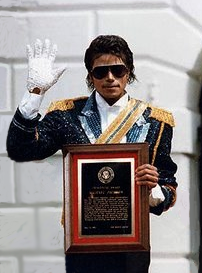 The “King of Pop,” Jackson was an icon whose music became important to younger boomers during the 1970s and 80s. His music touched people’s souls. Kids felt they grew up with him.

The strength of Jackson’s work is evident as the TV shows clip after clip of his singing and dancing and hit songs.

Although Jackson experienced great fame and wealth, he also gained media attention for his bizarre behavior, style of dress, and the changes he made to his appearance.

It was sad to watch the TV coverage and see clips of Jackson describing how hard he worked as a child and how his relationship with his father, including being beaten, affected him. And the allegations of child abuse against him are troubling.

Why was Jackson rushed to the hospital in cardiac arrest?

Like many Americans, I’ll be watching with interest to find out the cause his death.

After appearing in TV ads, Fawcett was tapped in 1976 to star in “Charlie’s Angels,” a TV-series about three sexy private investigators.

With layered blond hair, good looks, and stunning smile, Fawcett set a style that was admired and copied by young boomer women throughout the country. She became an international star.

Fawcett left the show after the first season, looking for more challenging roles. To develop her dramatic skills, she starred in a number of TV movies and miniseries.

So today is a sobering day for baby boomers. Losing two boomer icons makes you think about whether you’re living your life fully and how you should be spending the time you have left.