Home About Newsletter Categories Donate
Were you reassured by President Obama’s press conference today on health care?
How to find out about what’s happening with health care reform

The health care debate: Who do you trust to decide whether the red pill or the blue pill is best?

Yesterday I wrote I was reassured by the direction the overhaul of the health care system is taking after watching President Obama’s press conference. I listed 10 points that he made that I thought were positive. 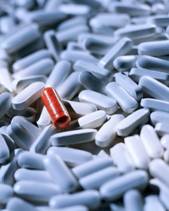 However, one topic he discussed seems to me to be problematic.

He said the MedPAC program, a group of health care experts that makes recommends on cuts and specific changes to Medicare, should be given more authority. Currently, their suggestions don’t need to be followed.

Obama said Republican lawmakers proposed that these recommendations be sent to Congress for their approval. It would incentivize and empower important changes, he said.

Medicare benefits won’t be reduced, Obama said. The benefits will be made more effective.

Who do you trust to make decisions about which pills and treatments are best?

I don’t trust the pharmaceutical industry. The Pharmaceutical Research and Manufacturers of America or PhRMA, which represents the 29 largest drug companies, has spent $40 million lobbying on health care in the last three months, reports All Things Considered, a National Public Radio program.

The drug companies also are lobbying. With their lobbyists and the PhRMA lobbyists, there are more lobbyists for the drug industry than there are members of Congress.

Jerry Avorn, M.D., author of “Powerful Medicines: The Benefits, Risks, and Costs of Prescription Drugs” said the drug companies are getting what they want in the proposed health care legislation.

Cheaper drugs from Canada and the ability of the government to negotiate the price of drugs are “off the table,” Avorn said on the program.

I don’t trust doctors. Doctors rely too heavily on the drug companies for information and treatment options. More and more information is being reported on faulty research results in medical journals and doctors being compensated by the drug industry.

For example, a world-renowned Harvard child psychiatrist, Joseph Biederman, M.D., whose work has helped fuel an explosion in the use of powerful antipsychotic medicines in children earned at least $1.6 million in consulting fees from drug makers from 2000 to 2007 but for years did not report much of this income to university officials, reports the article “Researchers Fail to Reveal Full Drug Pay” in The New York Times.

I don’t trust insurance companies and health maintenance organizations. They’re making coverage decisions now, with no cost caps, and share a lot of the blame for our out-of-control health care costs.

I don’t trust health care providers who rely heavily on medications and surgery to solve health problems. Alternative medicine has many effective, less invasive options – such as massage and acupuncture – to help consumers. I’m concerned that these helpful options won’t be available if “experts” on the panel disregard these options in favor of medications and surgery. For example, see my article “Baby Boomers Should Try Alternative Medicine Solutions Before Opting for Knee Surgery for Arthritis.”

Many Western medicine doctors rely extensively prescription drugs to relieve symptoms. Underlying problems aren't being addressed. People continue to take the drugs, many of which have devastating side effects, but they don't get better.

In his book, “An Integrative Approach to Healing Chronic Illness: Revealing the Root Causes of Modern Disease,” acupuncturist Rich Brightheart discusses the need to examine the role of pathogens, such as viruses and bacteria, allergies, and environmental toxins in causing illness.

Who do you trust to make these health care decisions?

My next post will be "How to Find Out About What's Happening With Health Care Reform."

Disclosure: Richard Brightheart is my acupuncturist, and I edited his book “An Integrative Approach to Healing Chronic Illness: Revealing the Root Causes of Modern Disease.”