Home About Newsletter Categories Donate
More on how to take photos of fireworks
The health care debate: Who do you trust to decide whether the red pill or the blue pill is best?

Were you reassured by President Obama’s press conference today on health care? 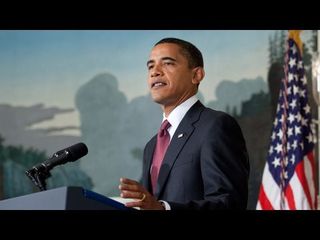 Baby boomers are one of the top groups that are having difficulty paying for health care, according to a recent study.

Like many Americans, I’m worried about what’s going to be adopted. Although I think the changes will be an improvement, I’m concerned that some detail may affect me negatively.

I was reassured by President Obama’s health care press conference today when he made these 10 points:

1. The status quo is going to cost us a lot of money in each coming year, if reforms aren’t adopted. Interest groups, who don’t want a change in their position, are saying the status quo works fine for them.

2. Everyone will be covered. Obama said that’s 97 percent to 98 percent of people because a few may not want coverage.

3. Money to pay for insuring everyone can come from eliminating waste in current health care programs.

5. The changes to the health care system won’t increase the deficit. Obama said he inherited an enormous deficit of $9.3 trillion a year for 10 years, and that has been reduced to $7.1 trillion a year for the same time period. His administration hasn’t reduced the deficit as much as they’d like yet, he said, but reductions will continue to be made, such as elimination of funding for the F-22 fighter jet program.

6. The health care bill won’t be signed if it adds to the deficit, costs more, or isn’t workable.

7. Consumers will be asked to give up things that don’t make them healthier, such as duplicate tests when they see a different doctor or go to the hospital. “I want to change that,” Obama said. “Every American wants to change that.” The patient, doctors, and hospitals need to be more discriminating consumers, he said. “We can’t afford what we’re doing now.”

8. The government won’t deny medical coverage, if a public option is adopted. People will have a range of plans to choose from, and one of them will be the public option plan. If the public option can offer better care at a lower price, it will encourage private insurance companies to do better.

9. The changes being proposed will provide consumers with more security and stability. Consumers can keep their current insurance if they’re happy with it. New rules will prevent insurance companies from dropping coverage if consumers get too sick. If people lose their jobs, move, or change jobs, they’ll still be able to have coverage. It will limit the amount an insurance company can force consumers to pay for medical costs out of their own pockets. It will cover preventive care such as check-ups and mammograms that save lives and money.

10. No insurance company will be allowed to deny consumers coverage because of a pre-existing medical condition.

Are you less worried after listening to President Obama’s health care press conference? If so, why? If not, why not?

Tomorrow, I’ll write about the MedPAC proposal, giving a panel of experts the authority to look at the evidence on which types of treatments work and which don’t. They’ll send a list of recommendations to Congress for approval.

I´m relieved after reading your summary. I have been traveling overseas and have had to take my son to the doctor twice as a private patient. It has been the largest expense in our vacation. It makes me realize that if our family lost its health care coverage we could easily be ruined in a short time. I´m glad there will be affordable options available if we need it.

The health care reform proposals are emerging slowly, much more slowly than I'd like.

I think we will be able get some better medical options and requirements. Congress will pass a bill, and President Obama will sign it.

I'm very disappointed at the far right for the way they're trying to block efforts to go forward. They're distorting the proposed changes, which are modest, to make consumers afraid.

Yelling and shouting to get Democratic members of Congress to back away from health care changes is cowardly.