Home About Newsletter Categories Donate
How to find out about what’s happening with health care reform
The Survive and Thrive Boomer Guide Recall of the Week: Buster Brown & Co.’s clog children’s shoes

What were the best and worst consumer experiences you had this week?

I saw on Twitter that Darren Rowse, the Problogger, is offering a new feature on the best and worst in your blogging week.

I think looking weekly at our best and worse experiences as consumers will help us learn from our successes and mistakes.

Each week, we have dozens of consumer happenings, some good and some bad.

A couple of years ago, I bought two bags of fertilizer for my rhododendrons from the local organic gardening store. I wanted to make sure that my 40 shrubs, which the former owners had planted, bloomed well.

I used one bag. The results were not what I’d intended. Instead of enhancing the flowers, the fertilizer made the rhododendrons grow. Instead of three to four feet, they grew to 10, 15, or 20 feet.

I’d placed the second paper bag of fertilizer in a bucket with a lid to keep it in good condition. I’d forgotten I had it until I cleaned out my garden shed and tore it down last fall.

When I returned the fertilizer, the clerk said she wouldn’t refund my money because she had only worked there for six weeks and didn’t know whether it should be refunded. I didn’t have the receipt.

The owner called me later in the day and said, even though they don’t make that kind of fertilizer anymore, he’d refund my $41.

Hooray. I think I’ll buy some lawn fertilizer with the refund. 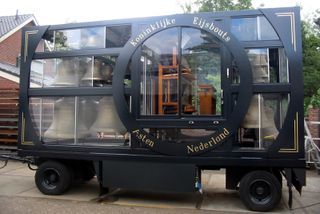 A group I work with, the Millennium Carillon Association, sponsored a mobile carillon to come to Heritage Park in Olympia, Wash., for two concerts.

The mobile carillon, a musical instrument that plays bell music, has 48 bells ranging in size from one ton to a few pounds. Carillon bells don’t swing or "peal" but are fixed to a steel framework. 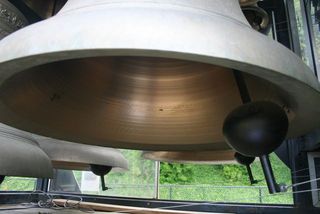 I helped with the publicity for the concerts. One of my assignments was to make posters and put them up around town.

I had fun talking to people in stores about the concerts. Most were polite – until I came to one downtown restaurant.

When I asked the restaurant owner about the poster, he rudely told me no. I didn’t say anything; I just left.

Ironically, the same restaurant had been selected as the place we’d treat the carillonneur and the owner of the mobile carillon after the first concert.

I took a copy of the poster with me because I wanted to discuss with the owner the need to treat people politely when they come to his restaurant.

When I tried to talk him about it after the dinner, he was rude to me again. He didn’t listen to what I had to say. I told him I’d never come to his restaurant again. He made a grouchy reply.

And the amazing thing, he made another rude comment to me when he was taking the orders from our group.

I wonder how he can keep his clientele without knowing how to be polite.

Let me know about your best and worst consumer experiences for the week.