Home About Newsletter Categories Donate
What are the top 10 things that bring you joy?
What were the best and worst consumer experiences you had this week?

Does cheap gas damage your car?

Wednesday my car broke down on the freeway. The cruise control cut out, and when I stepped on the gas to keep going, nothing was there. 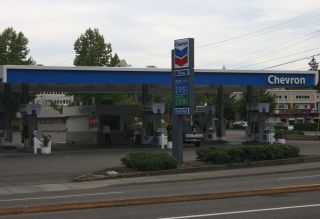 I barely made it to the side of the road before the car quit. When I tried to start the car, it made a noise then died.

The problem? A damaged fuel pump.

“What would cause the fuel pump in a Honda Accord to fail?” I asked my mechanic.

He said his shop doesn’t often replace the fuel pump in Honda Accords, and the problem could have been caused by dirt in the gas tank. I asked how dirt could get in it. If I left the gas tank open, he said. Of course, I don’t do that.

I asked about the gas I’ve been using. Recently, I began buying gas from Costco. For several years, I’ve been purchasing gas from Safeway.

My mechanic said these gases could be a problem. He said Chevron is the best gas to use.

What gas should consumers buy?

Although premium gas does contain special or extra detergents, Car Talk and Consumer Reports advises it’s of no additional benefit.

Car Talk recommends that consumers ignore any sales pitch about the super-special detergents that come in the premium-grade fuel. These days, all of the gasoline from the major gas companies contain more than enough detergents to keep your engine clean.

The only reason you might have a use for the extra detergents in premium is if you have a noticeably dirty engine, and need to scrub carbon and other crud off engine components. And, if you're doing that, the Car Guys instead suggest that you put in an engine additive.

However, the Car Guys said in their fact sheet “Myths About Premium Gas” that there’s a difference between cheap gas at Costco and other cheap outlets and gas sold by major gas companies.

A number of years ago, some of the major auto manufacturers were concerned with the deposits from gas that met EPA detergent standards, reports the fact sheet. They were afraid they'd be blamed when their customer's engines clogged up from the twigs and dirt that was getting deposited on cars.

They set their own guidelines, which they call "Tier 2." All of the gas from the major gas companies meets the Tier 2 standards.

The gas at the cheaper outlets probably doesn’t, the Car Guys said. The difference? In some tests, after about 10,000 miles, there was a minor amount of crud built up on engine components that ran exclusively on cheap gas.

The Car Guys advise against running your car for 100,000 miles only on cheap gas. They recommend switching back and forth between Tier 1 and Tier 2 – maybe every other tank full – to keep your engine running clean.

Top Tier gases as listed on Top Tier Gasoline are:

In the article “Pick Your Poison: An Environmentalist’s Guide to Gasoline,” the Sierra Club evaluates the environmental responsibility of the major oil companies. It ranks them as follows:

Bottom of the barrel

Middle of the barrel

Top of the barrel

A fuel pump is usually what they replace if they can't figure out what's wrong with the fuel system!

Electronic fuel pumps rarely fail... But electronics are quirky so it's seems to be a logical solution...

Of course once you have fuel in a fuel pump you can't return it, which is not a problem if it's a Honda repair shop, but it is a problem if you replace it your self!

May we all drive without costly repairs!

Thanks for your comment about my fuel pump repair. It sure was expensive.

Did you install the fuel pump yourself in your Subaru? If so, you must be very good with cars.

It's so lucky for me to find your blog! I am very glad, and welcome you visit mine.

Those are still on the top.

I have nothing against cheap gas and all that. Keeping the fuel pump clean and free of gas debris can certainly make your car run smoothly. But yeah, if cheap gas can ruin your car, then don't go for it. It's better to settle for a slightly expensive one which can prevent your fuel pump from dying.