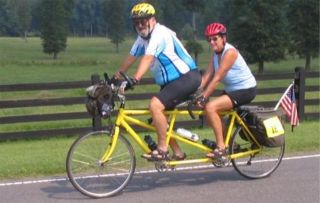 Many baby boomers stay fit through rigorous exercise that can strain, injure, and wear out their bodies.

Exercise-related ailments such as sore shoulders, inflamed tendons, and arthritic knees often are the result.

"Baby boomers are the first generation in droves trying to stay active in an aging frame," said Nicholas DiNubile, M.D., 57, in the article "Boomers: Gen Xcessive – Staying Active Can Be a Painful Fountain of Youth" on Philly.com. The Havertown orthopedic surgeon is credited with first using the term "boomeritis" to describe the growing number of middle-age patients with exercise-related ailments.

The commission estimated that in 2008, emergency rooms treated 282,476 injuries among baby boomers – ages 44 to 62 – who suffered sports- and exercise-related injuries – a 47 percent increase from a decade earlier.

An example is bicycling. The Centers for Disease Control reported in 2002 that more than a fifth of the men 45 and older with sports- and recreation-related injuries treated in the ER had a biking accident – nearly the same as the portion of boys 5 to 9 – 23 percent – and much more than the 16 percent for 10-to-14-year-olds.

Overuse is one of the main causes of boomeritis. At the same time, the benefits of exercise come from pushing limits.

"It's a fine line," Cathe Friedrich, 45, co-owner of Four Seasons Health Club in Glassboro and an exercise instructor, said in the article. Friedrich has had surgery on an inflamed knee. "As we get older, that fine line gets finer."