Home About Newsletter Categories Donate
Baby boomers and skin cancer: What you need to know
Injuries up substantially among boomers exercising excessively 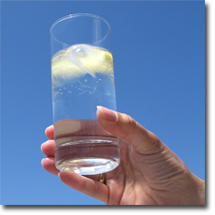 Concerned about a series in The New York Times on "Toxic Waters?" AOL Health decided to take a closer look at tap water.

The series reported on a half a million violations of water pollution laws by manufacturers and other workplaces over the last five years, including dumping toxins thought to cause cancer.

AOL Health developed this list of states with the most toxic tap water:

See "States With the Most Toxic Tap Water" for information on why each state made the list.

Not only is this issue important for people but it's important for fish and other species trying to survive in rapidly deteriorating ecosystems! The Clean Water Act is supposed to help Salmon from going extinct. But in the same way a failure of enforcement poisons our children, so too does it condemn the lifeblood of the Pacific Northwest, the salmon to extinction. I posted an article about this for a Northern California Watershed group that I work for here: http://www.voicesofhumboldtcounty.com/?p=886

Clean water is so important, and I was distressed to read that regulators haven't levied many fines against the polluting companies.

I'm going to read The New York Times series that inspired AOL Health to do its ranking of states.

Thanks for pointing out the eco system link. And I'll check the link you provided.

I've written about bottled water and drinking water in the past as a consumer journalist. I was surprised recently when environnmental groups strongly recommended drinking tap water rather than bottled water. Some areas of the country have had drinking water problems for decades. Maybe it would be O.K. to drink filtered tap water but consumers certainly need to research the quality of their local drinking water and be consumer activists in water quality issues.