Home About Newsletter Categories Donate
Recall of the Week: Silver, pink, and purple Durabrand DVD players sold by Wal-Mart
Baby boomers and skin cancer: What you need to know

What America can learn from other nations on how to provide affordable, universal health care 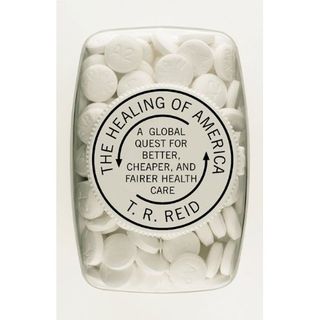 The United States not only spends more money on health care than any other nation but also leaves 45 million consumers uninsured, allowing about 22,000 to die annually from easily treatable diseases.

Washington Post foreign correspondent T.R. Reid, author of "The Healing of America: A Global Quest for Better, Cheaper, and Fairer Health Care," was recently interviewed on National Public Radio about his travels around the world investigating the health care systems in other wealthy countries.

To gather information on health care systems, he went to doctors in the U.S., Japan, Germany, France, and Britain to see what they would suggest for treatment for an old shoulder injury.

The interview with Fresh Air’s Terry Gross on WHYY, "T.R. Reid: Looking Overseas for 'Healing of America,'" is worth taking the time to listen to.

Reid also wrote an article "Five Myths About Health Care Around the World" on The Washington Post.

He said in the article that other industrialized democracies have faced problems like the U.S., and they've found ways to cover everybody – and still spend far less than is spent in America.

Here are some highlights on Reid’s five myths:

Myth 1. It's all socialized medicine out there.

Studies by the Commonwealth Fund and others report that many nations – Germany, Britain, and Austria – outperform the U.S. on measures such as waiting times for appointments and for elective surgeries.

The U.S. is home to groundbreaking medical research, but so are other countries with much lower cost structures. Hip and knee replacements are a French innovation. Deep-brain stimulation to treat depression is a Canadian breakthrough. Many of the drugs promoted on American television, including Viagra, come from British, Swiss, or Japanese labs.

Myth 5. Health insurance has to be cruel.

American health insurance companies routinely reject applicants with a "preexisting condition." They employ armies of adjusters to deny claims. If a customer faces big medical bills, the insurer's "rescission department" digs through the records looking for grounds to cancel the policy, often while the consumer is still in the hospital. Foreign health insurance companies must accept all applicants, and they can't cancel as long as you pay your premiums.

Reid’s research helps clear up the misconceptions that have been circulating about the health care systems in other nations.