Home About Newsletter Categories Donate
How to cook a winter squash
Fall colors: My best photos for 2009

How to take photos of fall colors

The fall colors in the Pacific Northwest are beautiful this year. I’ve spent hours in and around my community taking photos.

Here are my top 10 tips for taking photos of fall colors: 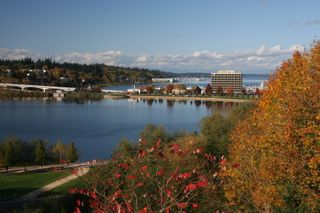 Keep an eye on the trees and bushes so you’ll know when the peak of their display is happening. While photos of piles of leaves are interesting, photos of trees with many of the leaves on the ground show your readers that you didn’t get there in time. In the Pacific Northwest, we’d had a lot of rain this fall. I had to dash out several times when the sun peaked out to work on my fall colors photos. I also took photos on overcast days. Gray days can work well, as they allow the fall colors to pop out. 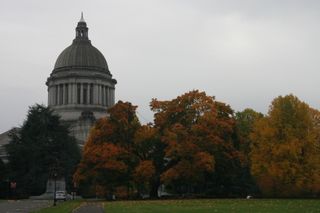 3. Make a list of the attractions in your community and think through the best way to photograph the fall colors near them.

I spent several hours on Tumwater Hill looking for a place I could photograph the legislative building, the domed building in the Washington state capital of Olympia. A few days later, I found two much better spots to photograph it: from the other side of Capitol Lake and right on the capital grounds.

4. Focus on an interesting item.

Select a tree, rock, fence, or building and put it in for foreground, off to one side. It will add depth to the photo with the fall colors providing a framework. 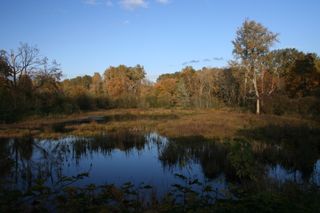 5. Go out in the early morning and the late afternoon.

The light and shadows at these times of day add depth to photos. In addition, early morning is one of the best times to photograph fall colors reflected in a lake or pool of water.

Photos of leaves, branches, and bushes can provide interesting results, especially with the light peaking through the foliage. 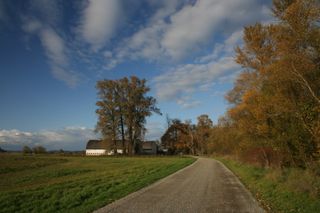 When I went out to the Nisqually Delta Wildlife Refuge, I wore my winter coat and leg warmers. Although it was a nice day, it became cold when the sun went down. I walked two miles along the trails. Take water if you’re going on a hike. 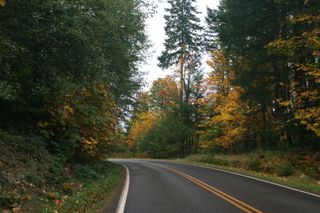 When I went to the Capitol Forest, the rural roads were narrow. I waited until I could find a place to pull over to take photos. I also used care when I walked along rural roads. I wrote a post on “Which States Kill the Most Pedestrians.” Rural pedestrian crashes have a higher fatality rate. This is due to increased vehicle speeds found on rural roads and the fact that many rural areas have no sidewalks, paths, or shoulders for pedestrians to walk on. 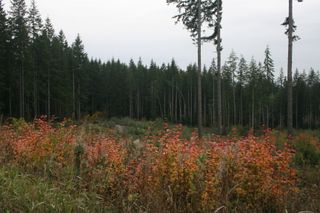 Take an adequate supply of film or computer disks. If you have a digital camera, be sure to bring an extra battery. I was almost done taking photos at the state capital when WHAM. My battery died and I was finished. In addition, remember accessories – a telephoto lens, a polarizing filter, and a tripod. I was out at sunset several times, and I could have gotten some better photos if I’d brought a tripod. 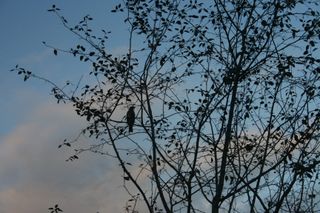 Experiment. Overexpose and underexpose photos. Zoom in and zoom out. I took 1,500 photos. I’ll put together a slide show of my best 50 photos, and I’ll also have a great collection to use next year to sell free-lance articles on “How to Take Photos of Fall Colors.”

I love your blog! It`s so entertaining to read all the stories about the photos of fall.Thank You very much. This is usefull information for me.

I'm glad you enjoyed the photos.