Watch your wallet on Black Friday and Cyber Monday

"Debating whether or not to enjoy Black Friday shopping. Nothing really needed, just enjoy the thrill of the hunt." 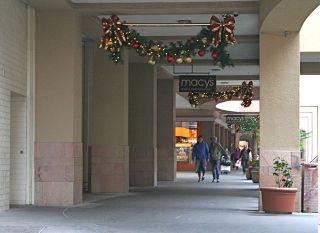 That’s what three consumers writing on Twitter said about Black Friday, the big shopping day after Thanksgiving that got its name because it was the day that retailers started making money after being in the "red."

Black Friday, Saturday, and Sunday will attract up to 134 million shoppers this year, up from 128 million last year. According to the National Retail Federation, 57 million people say they will definitely hit the stores while another 77 million are waiting to see what retailers are planning before heading out the door.

Cyber Monday is a term coined by Shop.org in 2005, when retailers noticed a large increase of people shopping online on the Monday after Thanksgiving.

But don’t be stampeded into spending a lot of money this weekend or on Cyber Monday just because of all the news in the media about Black Friday and "how important it is to give the economy a much-needed boost."

The article "Dirty Secrets of Black Friday" describes these problems shoppers may run into on the big shopping day:

Public Citizen, a consumer advocacy organization, urges consumers to not get wound up in the hype about Black Friday:

So let me get this straight. One year after the financial sector took our economy to the brink of collapse, we’re rooting for Wall Street’s success, which depends on the willingness of consumers to spend as much as they can – most likely more than they can afford, since that’s how the financial sector makes its money– during the worst economy in 26 years and while 10.2 percent are unemployed? Sounds like some seriously misplaced priorities.

So make a plan for your holiday gift giving and spend only what you can afford. It will reduce your holiday stress and make for a happier new year.