Give a healthy gift for the holidays 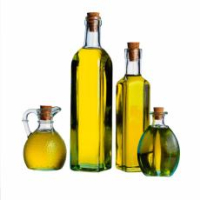 Over at the Huffington Post, Andrew Weil, M.D., suggests giving these healthy gifts for those you care about. Weil’s list includes: A box of high-quality, dark chocolate. Flowers. A massage. Music. A session with a personal trainer. Extra virgin olive oil. Nuts. And he suggests giving all or part of... Read more →

Recall of the Week: Millions of blinds and Roman shades due to strangulation hazards

A dozen firms are recalling millions of window coverings, including Roman shades and roll-up blinds, because they pose a serious risk of strangulation to young children, the U.S. Consumer Product Safety Commission announced this week The commission has received reports of five deaths and 16 near strangulations in Roman shades... Read more →

Each year, during the two months around the holiday season, more than 14,000 people are treated in hospital emergency rooms due to injuries related to holiday decorating. Christmas trees also are involved in hundreds of fires resulting in an average of 15 deaths and $13 million dollars in property damage... Read more →

Facts and figures for the 2009 holiday season

Consumer retail sales during the holiday season are expected to decline 1 percent this year to $437.6 billion. This number falls below the 10-year average of 3.39 percent holiday season growth, reports the National Retail Federation. The decline isn’t expected to be as dramatic as last year’s 3.4 percent drop... Read more →

How are your holiday preparations coming along? Here are 10 tips to help you if you still need some idea or if you’re struggling with too much to do. 1. Plan ahead to eliminate stress. Do your present buying as far in advance as possible. If you’re feeling as though... Read more →

Two reports in the December 14/28 issue of Archives of Internal Medicine found that doses of radiation from CT scans vary widely, appear higher than generally believed, and may contribute to an estimated tens of thousands of future cancer cases.About 70 million CT scans, or computed tomography, were performed in... Read more →

Yesterday on the National Public Radio program The Splendid Table, Lynne Rossetto Kasper’s guest said that women shouldn’t wear their Christmas sweaters to holiday parties. He said they add 10 years to a woman’s age. What do you think? My opinion is that if a Christmas sweater gives you joy,... Read more →

Recall of the Week: Amby Baby Motion Beds due to suffocation hazard 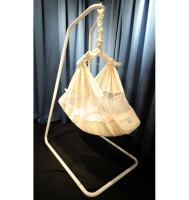 About 24,000 Amby Baby Motion Beds are being recalled due to a suffocation hazard, reports the U.S. Consumer Product Safety Commission The side-to-side shifting or tilting of the hammock can cause the infant to roll and become entrapped or wedged against the hammock’s fabric and/or mattress pad, resulting in a... Read more →