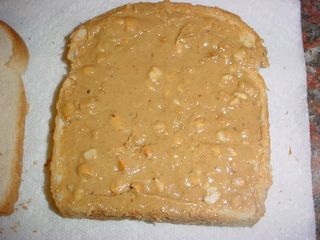 Once again, no newspapers, television stations, or organizations are writing about the most important stories of the year for consumers.

Like last year, Time magazine’s "The Top 10 Everything of 2009" issue doesn’t include a list of consumer stories.

Here’s my list of the top consumer stories of 2009:

We’ve all been waiting as Congress slowly debated an overhaul of the U.S. health care system that would extend coverage to millions of Americans now without it. The Senate has finally passed a bill. Now the Senate and House will hash out a compromise measure.

2. The recall of millions of consumer products.

Under the Obama administration, the U.S. Consumer Product Safety Commission is stepping up efforts to protect consumers from unsafe products. About 25 million Roman shades and 27 million roll-up blinds were recalled this month due to possible strangulation hazards to young children. Millions of cribs also have been recalled also due to strangulation hazards. A late November recall involved 2.1 million cribs.

3. The recall of contaminated food.

With E. coli in hamburger, E. coli in Nestlé chocolate-chip cookie dough, Salmonella in peanut butter or peanut paste, and Salmonella in beef, 2009 saw some of the largest food recalls in history. Peanut Corporation of America was responsible for the most costly food recall ever, with at least 3,918 separate products made with PCA peanut butter or peanut paste recalled at a cost to food companies and the government more than $1 billion.

As consumers continue to struggle in a sluggish economy, credit card companies are finding ways to increase revenues, even for good customers, in response to upcoming legislation that will restrict credit card issuers' ability to raise interest rates on existing balances and impose other consumer protections.

5. The continued decline of airline service.

Overall customer satisfaction with airlines in 2009 has declined for a third consecutive year to a four-year low, a J.D. Power and Associates study finds. The decline is driven by decreased passenger satisfaction with in-flight services, flight crew, and costs and fees, compared with 2008.

6. The continued slump in the housing market.

Foreclosures are reaching record levels, with one million homes in foreclosure and the number of seriously delinquent mortgages 75 percent higher than last year. The prices of homes are continuing to fall, but not as rapidly as they have been.

7. The economy and the beginning recovery from the Great Recession.

After four quarters of decline, the economy started growing again during the July-to-September period, ending the deepest and longest recession since the 1930s. The rebound is sluggish, with unemployment rate topping 10 percent. A total of 15.4 million people are unemployed, and work remains scarce.

8. The new frugality among consumers.

Consumer spending, which accounts for about 70 percent of U.S. economic activity, remains far below pre-recession levels. Many Americans have become lasting coupon-cutters, scrimpers, and savers.

The Obama administration has offered plan to overhaul regulation of the financial industry, and, in December, the House approved a plan that would grant the government new powers to split up companies that threaten the economy, create an agency to oversee consumer banking transactions, and provide information about shadow financial markets that have escaped federal oversight. The Senate is debating what it will offer in terms of financial regulatory protections for consumers.

To date, $915.1 billion dollars have been allocated to the wars in Iraq and Afghanistan. In addition, the FY2010 budget shows a $130 billion request for more war spending. This would bring total war spending in Iraq and Afghanistan to more than $1 trillion. With the cost of these wars continuing to escalate, it makes it increasingly difficult for consumer problems to be addressed at home.

Are these consumer stories the top ones for you this year? Let me know your opinions.