Home About Newsletter Categories Donate
Supreme Court decision gutting campaign-financing laws is bad news for consumers
What were your best and worst consumer experiences this week? 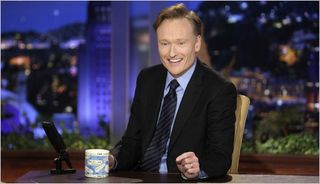 I don’t watch much television, but I stopped watching O’Brien after he ran an offensive skit. It bashed Europeans, and featured a nerdy-looking, pompous guy in a funny-looking shirt. It ended with an Asian man continually punching the “European.” I wrote a complaint to the show about the skit.

I like Europeans. I think they have a lot of great ideas, such as stricter laws about genetically modified foods and traditions and policies that foster the retention of farmland and preservation of historic cities.

As the Conan O’Brien-Jay Leno duel unfolded, the Internet was abuzz with posts about whether baby boomer Jay Leno, 59, should give up his show for “Gen Xer” O’Brien.

Gen Xers said Leno should retire and make room for a talented, Gen X star. They said Leno’s refusal to retire is typical of boomers who are keeping Gen Xers from getting promotions.

The O’Brien-Leno clash was a scenario many baby boomers can identify with: The loyal employee who still delivers, being forced out to make way for someone younger.

However, in the end, it was all about the ratings. “The Tonight Show” with Conan O’Brien got off to a good start, but the ratings quickly dropped.

The 1946-1964 definition of Baby Boomers is not ironclad; William Strauss and Neil Howe are pioneers in generational analysis (authors of Generations and the Fourth Turning). They would pick 1960 as the end of the Baby Boom generation, based largely on cultural phenomenon than anything else.

There chart is here: http://www.fourthturning.com/my_html/body_generations_in_history.html and under that definition O'Brien (and Obama) would be Gen Xers.

I use the official U.S. Bureau of the Census definition of baby boomers. They do the counting, so I think that's the most reliable definition to use.

I do realize that there are other ideas out there. I received a lot of comments when I wrote "Barack Obama IS a Baby Boomer" and when I write posts describing Michelle Obama as a baby boomer.