Home About Newsletter Categories Donate
Recall of the Week: Remote control kits for electric fireplaces and stoves
Significant violations found in funeral homes in nine states and the District of Columbia

What’s in the health care reform bill that passed the House March 21, 2010? 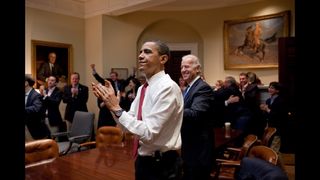 What are the major provisions of the health care reform bill that passed the House of Representatives yesterday? According to The New York Times article "Obama Hails Vote on Health Care as Answering ‘the Call of History,’" the new law:

In a speech following the vote of the House, President Obama said the new law isn’t radical reform, but he called it major reform:

This legislation will not fix everything that ails our health care system. But it moves us decisively in the right direction. This is what change looks like.

Now as momentous as this day is, it's not the end of this journey. On Tuesday, the Senate will take up revisions to this legislation that the House has embraced, and these are revisions that have strengthened this law and removed provisions that had no place in it…

Nor does this day represent the end of the work that faces our country. The work of revitalizing our economy goes on. The work of promoting private sector job creation goes on…

Tonight, we answered the call of history as so many generations of Americans have before us. When faced with crisis, we did not shrink from our challenge – we overcame it. We did not avoid our responsibility – we embraced it. We did not fear our future – we shaped it.

I’m so pleased that something finally passed on health care reform. In modern American, all consumers need to have quality, affordable health care. At least, the country now has taken a step in the right direction.