Home About Newsletter Categories Donate
Happy Earth Day
What were your best and worst consumer experiences this week?

After Congress passed legislation last year to curtail in some of the worst credit card lending practices, many banks responded by hiking interest rates before the new rules went into effect, including on customers with perfect bill paying records. 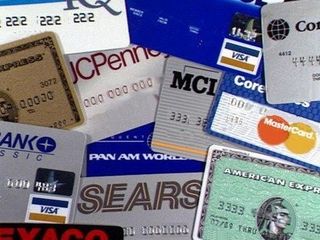 The Federal Reserve Board should require banks to roll back the unfair interest rate hikes and to put stronger limits on the size of penalty fees and interest charges, recommends Consumers Union, the publisher of Consumer Reports.

The Fed has proposed new regulations that would limit penalty fees and require banks to reconsider interest rate hikes imposed during the year leading up to the enactment of key CARD Act protections on February 22, 2010.

However, Consumers Union thinks the proposed regulations don’t go far enough. Consumers should have their old interest rates reinstated and not be subject to unfair penalty fees and charges in the future.

Consumers Union urges the Fed to strengthen the rate review proposal by requiring banks to:

• Reinstate the old interest rate if the reason for the rate hike wouldn’t have been allowed under the Card Act’s new protections.

Thousands of consumers have contacted Consumers Union over the past year to complain that their credit card interest rates were raised unfairly, the organization said in a news release.

Many consumers reported that their banks indicated that interest rates were raised because of the economy or a change in market conditions and not because of anything wrong done by the consumer, Consumers Union said. Other consumers reported that their interest rates doubled or tripled after they were a day or two late making their payment or for other minor mistakes.

Before the new credit card protections took effect on February 22, banks were allowed to raise interest rates on existing balances at any time for any reason. As of that date, banks are prohibited from raising interest rates on a credit card customer’s existing balance unless the customer has a variable rate card, a promotional rate has expired, or if the customer is more than 60 days late making the minimum payment.

Consumers Union is also urging the Fed to broaden its proposed regulation to include the size of penalty interest rate hikes in addition to fees and to limit those rate increases to no more than 7 percentage points above the non-penalty interest rate.

In addition, Consumers Union is calling on the Fed to simplify and strengthen the “safe harbor” provision for penalty fees by setting it at 5 percent of the violation or no more than $10.