Home About Newsletter Categories Donate
What were your best and worst consumer experiences this week?
How to cook and eat artichokes

About 1.8 million toy dart gun sets sold by Family Dollar Stores Inc., of Charlotte, N.C., are being recalled due to an aspiration hazard. The U.S. Consumer Product Safety Commission and Family Dollar have received reports of two asphyxiation deaths involving a 9-year-old boy in Chicago, Ill., and a 10-year-old boy in Milwaukee, Wis. 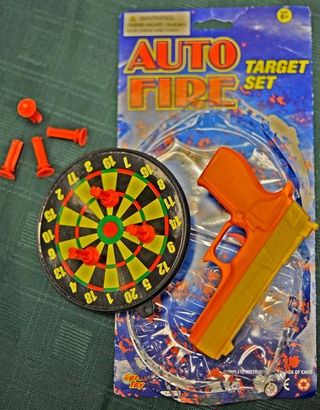 If a child places the soft, pliable plastic toy dart in his or her mouth, the toy can be inhaled into the throat and prevent the child from breathing, reports the commission.

The gun's item number is located on one side of the handle in raised lettering. The soft plastic darts measure just over one inch in length and have a small suction cup at one end with a diameter of about ½ inch. The target board is black, yellow, red and green, and measures five inches in diameter. "Gordy Toy" for "Ages 8+" is printed on the packaging. 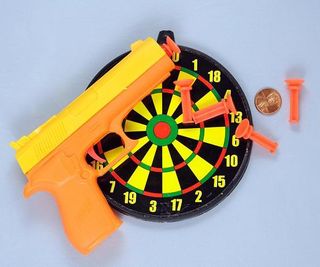 Manufactured in China, the toy sets were sold at Family Dollar stores nationwide from September 2005 through January 2009 for about $1.50.

Consumers should immediately take the toy target sets from children and discard them, advises the commission. Consumers can also return the guns and darts to a Family Dollar store for a full refund.

For additional information, contact Family Dollar at 800-547-0359 between 8 a.m. and 5 p.m. ET Monday through Friday, or visit the firm's Web site at www.familydollar.com.

To learn about other recalls, visit www.recalls.gov.