Home About Newsletter Categories Donate
Recall of the Week: Toyota Corolla and Corolla Matrix Models due to stalling
Top 10 places to travel for Labor Day

Will American Airlines pay largest fine in history of $24.4 million? 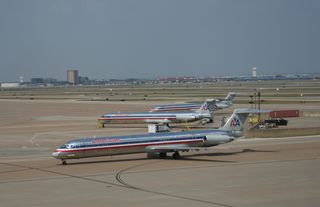 These days I’m a frequent flyer on American Airlines. I switched from Alaska because the number of flights to Miami, where I travel often, was drastically reduced.

The Federal Aviation Administration has proposed a $24.2 million civil penalty against American Airlines for failing to correctly follow an airworthiness directive on the maintenance of its McDonnell Douglas MD-80 aircraft. The civil penalty is the largest ever proposed by the FAA.

The FAA alleges American didn’t follow steps outlined in a 2006 directive requiring operators to inspect wire bundles located in the wheel wells of MD-80 aircraft. The improper harnessing of wires could have led to fires or fuel-tank explosions, according to the agency.

The FAA determined that 286 of the airline’s MD-80s were operated on a combined 14,278 passenger flights while the aircraft weren’t in compliance with federal regulations.

American has completed the work required by the 2006 directive, the FAA reports.

You may recall a four-day period in April 2008 when American grounded its entire MD-80 fleet of about 300 planes. More than 3,000 flights were affected and thousands of passengers were stranding while the required maintenance was completed. The maintenance-related disruption was one of the largest in the history of air travel.

American has 30 days to respond to the agency.

American disputes the FAA findings. It will fight the fine, according to a New York Times article.

The FAA investigation and fine certainly make consumers nervous. Usually, my flights on American go about as well as they do these days on any airlines in this country – not much room to sit, delays, average customer service, and bad food that you have to pay for.

However, when I flew on Aug. 26, the day the proposed fine was announced, I got nervous when I saw an American airlines employee with a clip board peering into one of the jet engines as we were at the gate waiting for takeoff.