Home About Newsletter Categories Donate
What would you suggest as a new name for high-fructose corn syrup?
Recall of the Week: Siemens and Murray circuit breakers due to fire hazard

My best: Getting a good price on florescent tubes 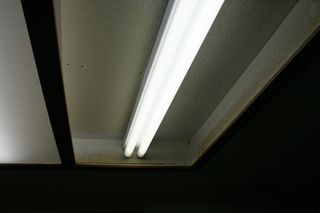 The florescent lights have been out in my garage for several months. It’s a hassle to get up on the ladder and try to remember how to change them.

I checked my kitchen lights. Two of the four tubes also had burned out.

I started out with calling around to find a good price. I called Office Depot first. The staff said they were having a sale – a package of two tubes for $2. That sounded great. I jumped in my car to get there before they closed.

Changing the tubes went well. I’ll write a post about how to take out the old ones and replace them. Some people may have trouble, like me, figuring out how to change them.

I learned on the Internet that you can take your old tubes to Home Depot, and they’ll dispose of them. I took them out right away because I didn’t want the tubes to break and have to worry about cleaning up the mercury.

My worst: Getting a $15 parking ticket

When I went to downtown Olympia, Wash., to do volunteer work on a political campaign, I had my first experience with the city’s new computerized payment system for parking.

I put $1 in the machine and received a ticket to put on my dash. I realized I need an additional hour, so I put in another $1 for the second hour. I placed the second ticket on the dash.

When I came out to pay for the last 30 minutes, I had a $15 ticket. Then I noticed the information on the front of the machine: “Put only one ticket at a time on the dash.”

Too bad that wasn’t clear. I’ll check the box on the ticket that says “I request a hearing to explain the circumstances.” Maybe I can get the ticket reduced.

It’s too bad that Olympia has raised the price of parking tickets. They were $5 for years.

After my 2 year cell phone contract with AT&T had come to an end, I chose to upgrade to a Blackberry Torch. They charged me an $18 "upgrade" fee.