Home About Newsletter Categories Donate
New campaign on crib safety for parents, grandparents, and caregivers
Recall of the Week: Children’s flashlights sold at Dollar Tree Stores due to fire and burn hazards

My best: Getting great photos printed for my greeting cards 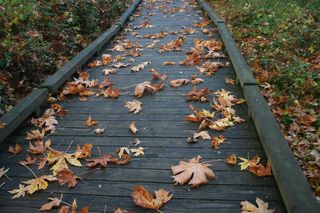 When I went to the Legislative Gift Shop, the manager selected eight of my photos for greeting cards to sell there.

They turned out really well. Kits Camera did a good job.

My worst: Poor communication with a physician assistant about precancerous spots on my nose

About seven months ago, I called the dermatology office I went to six years ago to get my skin checked. I’ve been having increasing problems with a skin condition, rosacea, and I also wanted to get the spots on my skin checked.

A rude receptionist told me I couldn’t get an appointment until October because, since I hadn’t been in for six years, I’d be considered a new patient.

Another problem: I wasn’t too pleased that I couldn’t see a dermatologist at the practice. The first time I’d gone, my appointment was with a physician assistant. The receptionist said I HAD to see her again. I asked to talk to the office manager.

When the office manager called me, she also was rude. I told her since I’m sensitive to medications and wanted to find a treatment that would work for my rosacea, I wanted the smartest and best-trained health care provider they had. The office manager griped and complained that their policy was once you had seen one health care provider at the practice you HAD to continue with him or her. She ended the conversation in a huff, saying she’d call me back.

When my appointment finally came, it seemed to be going well. The physician assistant said we could talk about my rosacea as she checked my skin.

At the end, I asked her if she saw anything on my skin. Much to my surprise, she said I had some precancerous spots on my nose. She quickly said only 10 percent of them turn into cancer, pointed to the chart and said they could turn into the squamous cell carcinoma kind, and it would be difficult to do anything about it at this time. Then she left.

When I got home, I was upset. Did she say the spots could turn into the squamous type? What did she mean by it being “difficult” to do anything about it now? Why would a person wait with anything that was precancerous and not have it removed?

The next day, I called the physician assistant’s nurse. She said the reason it would be difficult to do anything now was due to my sensitivities to chemicals. Removing the spots with liquid nitrogen or scraping them off would cause scarring, flat white spots. She said she’d send me a brochure.

The brochure arrived. I still don’t know what the spots would look like after the procedures to take them off.

I thought the physician assistant did a poor job talking to me about my precancerous skin condition and what the treatment options are.