It’s been a mixed year for American consumers. While some important consumer protection measures have been passed, a sluggish economy continues to hurt those who are unemployed and corporations continue to gain power at the expense of consumers.

1. The Great Recession continues on.

As of November, more than 6.3 million people have been without work for six months or more, making up nearly 42 percent of the unemployed. People out of work for long periods find it difficult to get back to work.

2. Gigantic gains in corporate power are devestating to consumers.

With the U.S. Supreme Court’s Citizen United decision ushering in unlimited corporate campaign contributions, corporations bought dozens of elections throughout the country. It happened in the Third Congressional District where I live. A young, conservative woman – who touted as experience playing varsity basketball in high school and belonging to 4-H – defeated a candidate with extensive experience in government. 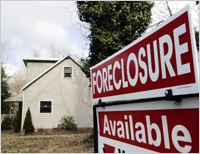 3. Help is lacking for consumers with housing dilemmas.

American taxpayers bailed out the big banks. However, very little help is being made available to homeowners who are having housing problems. The banks and the mortgage industry, through predatory lending, roped consumers into ill-advised loans. Then complicated mortgage instruments were created, including bad loans now called toxic assets. Despite a collapse in the housing market, the banks want to collect inflated housing prices. They harass consumers who want to do short sales and are forcing thousands of families into foreclosure.

Congress passed the most comprehensive reform of the Food and Drug Administration’s food safety authority in 70 years. The new law provides the FDA with the authority to proactively help prevent food from becoming contaminated. It requires food companies to develop preventive controls; empowers the FDA to set standards for safe production of fruits and vegetables; mandates mandatory minimum inspection periods for food processing plants; improves food traceability systems; puts in place programs to assure that imported foods are as safe as domestic foods; and provides the FDA with authority to mandate food recalls.

As part of the Dodd-Frank Wall Street Reform and Consumer Protection Act, Congress created the Consumer Financial Protection Bureau to guard against unfair, deceptive, and abusive practices when consumers take out a loan, use a credit card, or get a mortgage. The bureau will monitor the financial services market and write and enforce consumer protection rules.

The Credit Card Accountability, Responsibility and Disclosure Act or CARD Act provides consumers with a number of new protections. Creditors are prohibited from: increasing interest rates on old charges in most cases; charging unjustifiably high penalty fees; assessing over-limit fees unless consumers choose to exceed their credit limit; and assessing interest charges on purchases that have already been paid off. Companies also must provide at least 45-days notice before making significant changes to card terms, mail monthly bills at least three weeks before payment is due, and apply payments first to the highest interest rate balance that is owed.

Now that corporate American has been bailed out and corporate executives are making big bucks again, the political right wants to cut the federal deficit. But cutting taxes for the rich isn’t how they want to go about it. They’re proposing to slash Medicare, stop unemployment payments, reduce Social Security benefits, and cut other social programs. These unfortunate proposals would hurt consumers already reeling from the 2008 economic collapse.

8. Corporate disregard for the environment continues.

The BP Gulf oil spill shows the lack of regard corporate America has for the environment. The diminishing of regulatory authority and the disregard for safety on oil rigs led to the worst oil spill in history. And spills of even larger amounts are common throughout the world. While a handful of environmental groups work to reverse these trends and the U.S. Environmental Protection Agency tries to regulate, corporate power wins again and again. Another example this year is the failure by Congress to pass reforms of toxic chemical laws. Legislation was proposed, but industry flexed its muscles. This comes at a time when more is being learned about the link between chemical exposure and cancer.

On Jan. 1, 2011, the oldest baby boomers will turn 65. Every day for the next 19 years, about 10,000 more will cross that threshold. Among those baby boomers ages 50 to 61 who are approaching the end of their working years, six-in-10 say they may have to postpone retirement, according to Pew Research Center survey.

10. Another year at war brings more deaths and expenditures.

America’s foreign policy continues to drag the country into unfortunate wars. Now, the United States is involved in two at the same time. While the killing of civilians and our young men and women is wrong, the tremendous expenditures for war efforts affect domestic programs. We need to wind up these actions and concentrate on what consumers need here.