Home About Newsletter Categories Donate
Try these low-cost casseroles for a tasty winter treat
Recall of the Week: Frontgate Closet Ladders due to fall hazard

What were your best and worse consumer experiences this week?

My best: Making dozens of cupcakes and a cake for my grandchildren’s birthday 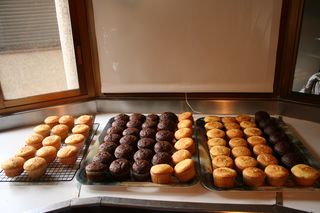 My daughter’s family recently moved to Madrid. My daughter warned me before I came for a visit that I’d be in charge of making cupcakes for the twin’s birthday to take to their classes. That’s 50 cupcakes.

She bought seven American-style cake mixes, which at the time, I didn’t think we needed. However, after baking more than 100 cupcakes and two cakes, I cheered about being able to use cake mixes.

What happened was that one of the seven-year-old twins got sick on Friday, the day he was supposed to go to school with his 25 cupcakes.

My daughter had a good idea. Decorate only one cake for the birthday party we were having at home on Saturday. Serve the 25 cupcakes that should have gone to school. Bake 25 more cupcakes for him to take on Monday.

It worked. He was able to go to school on Monday with his set of cupcakes. 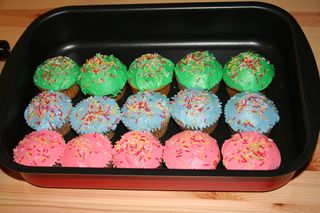 The most interesting thing about the cupcake extravaganza: The Spanish teachers and students loved the cupcakes. A teacher reported they were the talk of the school.

People attending the party Saturday also raved about the cake and cupcakes. As my daughter said, it was surprising that something so common in America – cakes and cupcakes made from mixes and canned frosting – tasted special to Spaniards.

One drawback: It was very difficult to decorate the cake nicely with canned frosting. Next time, I’ll make my own butter cream frosting.

My worst: Traveling on British Airways 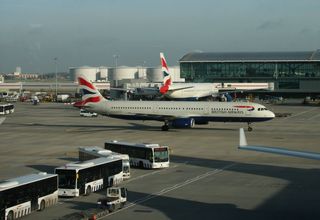 Since the British have a reputation for being classy folks, I was looking forward to traveling to Spain on British Airways. Unfortunately, my trip was disappointing in many respects.

I have respiratory problems, and it works better if I sit ahead of the wing by the window. I wasn’t able to get the seats I needed for the nine-hour flight. I wrote to British Airways customer service ahead of time and didn’t receive a reply. The BA staff at the airport just said no, you can’t sit in that section. 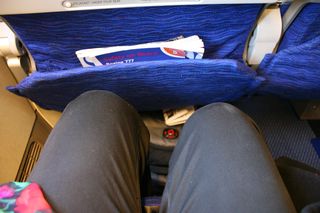 When I walked on the plane, I was shocked to see how close together the seats were. I had trouble getting my backpack under the seat in front of me. 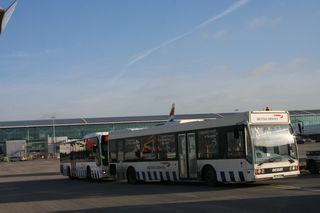 But the worst problem of all was deplaning at Heathrow. Without any warning of any kind, the BA plane pulled up to the terminal and let the passengers out on stairs instead of a covered walkway.

After deplaning, we were loaded into buses then taken to a different terminal. There, we went through security again and walked through the terminal where we were divided into groups by reading what it said on the lanes on the floor: EU citizens and Non-EU citizens and Connecting Flights and Leaving the Airport.

Another problem was not knowing which gate you were to go to at Heathrow. You’re supposed to sit by a reader board and wait until an hour before the plane leaves to find out your gate number.

On the way back, I had lunch by the reader board. When the gate number came up, it took me 15 minutes to walk to the B gates. The plane began boarding a few minutes after I arrived at the gate.

I hope it’s a long time before I have to travel on British Airways and go through Heathrow Airport.

Thanks for sharing with us your best and worst consumer experience. I know your great so can manage those things. Love reading your article very interesting.