Presidents’ Day is a time to help America move forward

While Presidents’ Day is a holiday many Americans spend taking a day off or shopping, it’s also a time look at the heritage of this great, but young country. 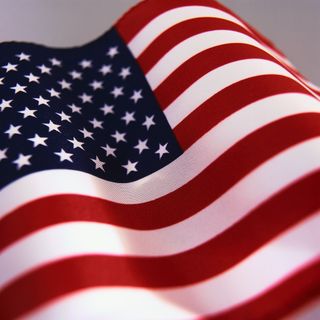 President George Washington lead troops in the American Revolution against Great Britain and served as the country’s first president. Abraham Lincoln refused to divide the country and freed the slaves.

My ancestors were immigrants, too. My grandfather Peter Slingsby was born in Great Britain in 1856 and came to America when he was about 8 years old. When I worked as a planner, it surprised me to learn that the parents or grandparents of two-thirds Americans of weren’t born in the U.S. That’s me.

Today the United States faces enormous challenges. We’re a great country, but we’ve become distracted by political divisions that are being fanned by the media.

On Presidents’ Day, take the time to determine how you can help do something positive for the country.

Martha Randolph, author of A Place to Call Home, said in an opinion piece The (Fall River, Mass.) Herald News:

This Presidents Day let’s all take a break from trying to find fault with our president and instead take a moment to feel a little gratitude for a system that lets us vote our conscience every four years and hand over the power in a peaceful, orderly system to whomever the majority has picked. That’s especially poignant given what’s happening in the streets of several Middle East countries right now.

Randolph suggests celebrating the day by having cherry pie with family and friends.

I agree. Let’s celebrate and strive to move the country forward positively.