Like many people, I thought pouring concrete over the failed Chernobyl nuclear power plant solved the problem. 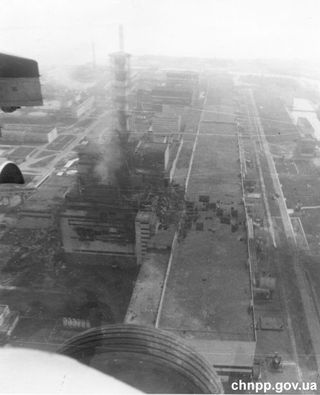 About 3,000 people work at Chernobyl in decontaminated areas maintaining and decommissioning the plant, and another 4,000 work nearby providing security in the 19-mile exclusion zone, according to a Washington Post article “At Chernobyl, a Warning for Japan.”

The article also reports the Ukrainian government fights people who file claims for radiation-related cancers and thyroid disease, claiming it doesn’t have any money. 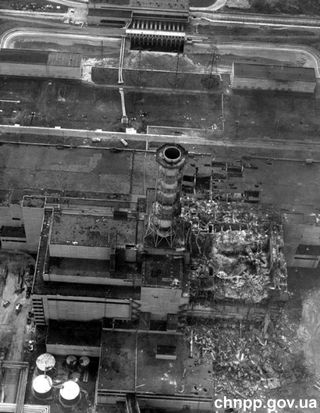 About 6,000 cases of thyroid cancer may be linked to Chernobyl, according to a recent United Nations report.  Other studies, looking beyond Belarus, Russia, and Ukraine, indicate the number of cancers, birth defects, and other diseases is much higher.For example, the European Committee on Radiation Risk estimates Chernobyl’s cancers will total 1.4 million in 50 years.

A summary of a range of studies is given in The Guardian article “Nuclear’s Green Cheerleaders Forget Chernobyl at Our Peril.”
Part of the continuing problem is the contamination of the food supply. Greenpeace, an environmental action organization, said a study showed that hundreds of thousands of Ukrainians are still eating food – milk, berries, potatoes, and root vegetables – contaminated by radiation from the Chernobyl nuclear power plant explosion. 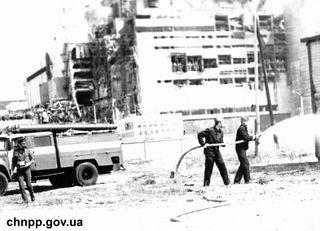 The cleanup of Chernobyl will be costly and take decades. I think it’s tragic that those suffering from cancer, birth defects, and other diseases are being left to suffer without help.

The Chernobyl nuclear power plant exploded and caught fire 25 years ago on April 26, 1986, after a testing procedure went wrong. The blast spewed huge quantities of radioactive material into the atmosphere where it drifted across European borders.

See Chernobyl Children International for ways you can become involved to help the young victims of Chernobyl.Among the organizations you can join to work against nuclear power are Beyond Nuclear, Public Citizen Energy Program, Greenpeace USA, Sierra Club, Friends of the Earth, Physicians for Social Responsibility, Union of Concerned Scientists, Committee for Nuclear Responsibility, and NukeFree.org.

One of the happiest days of my life is when construction was halted in 1983 on the Satsop Nuclear Power Plant 25 miles from my home. The Washington Public Power Supply System, nicknamed WOOPS and later called Energy Northwest, abandoned an ambitious project to build four nuclear power plants due to inflation, cost overruns, delays, safety changes, mismanagement, and construction problems. The system was run by commissioners from public utility districts throughout the state.