Home About Newsletter Categories Donate
Easter greetings to everyone
Recall of the Week: Marineland Stealth and Stealth Pro aquarium heaters due to fire and laceration hazards

My best: Great Brussels sprouts at the Olympia Food Co-op 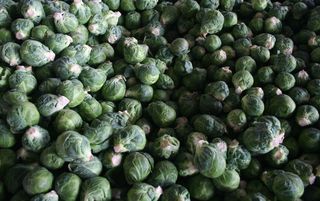 I really like Brussels sprouts. However, I don’t usually buy them at the Olympia Food Co-op because they often have mold or bacteria growing on them.

This week, the Brussels sprouts looked great. I bought some to put in soup along with broccoli, carrots, celery, and turnips. I’ve gained a few pounds, so left out the potatoes and sweet potatoes.

After paying about $135 for a couple of years for electricity from Puget Sound Energy, I received a bill for $195.

When I called about it, the customer service representative was unpleasant. She rudely told me that we’ve had a couple of warm winters. This year has been colder, she said. She also added that I’m using more electricity.

If those are indeed the reasons my bill went up, she didn’t need to be rude in talking with me about it.