Children and adolescents who use cellphones aren’t at an increased risk of brain cancer compared to their peers who don’t use cell phones, a study published in the latest issue of the Journal of The National Cancer Institute concludes. 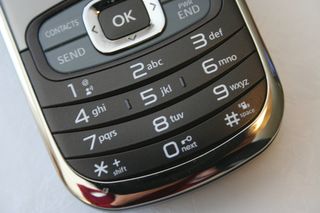 “Of course, the researchers found no link between children’s brain tumors and their reported cellphone use,” Davis said. “Brain tumors can take 10 years to form and young children certainly have not been heavy cellphone users for very long. There has been a quadrupling of cellphone use in the past few years that this study could not possibly capture.”

If you asked whether people who had smoked only four years had an increased lung cancer risk, you would come up empty-handed, she said. Given the restricted time frame of the JNCI study, the absence of brain tumor risk from cellphones in children and adolescents is precisely what is expected.

Interestingly, the researchers advocate, as we do, taking simple precautions including the use of a headset and speakerphone. But to conclude – as an editorial written by industry-associated scientists accompanying the article does – that that children face no risks from cellphones, does a profound disservice to the public.

In fact, the JNCI researchers downplay their own finding that children who owned phones the longest had an increased risk of brain cancer. In addition, other studies indicate that children face a number of serious health risks from cellphones, including learning problems, autism, behavioral impacts, insomnia, attention disorders, and a broad array of disturbances to the developing nervous system.

More than 350 European brain cancer patients and nearly 650 control subjects between the ages of 7 and 19 were studied between 2004 and 2008. Martin Roosli, Ph.D., of the Swiss Tropical and Public Health Institute in Basel, Switzerland and his colleagues reported that children with brain tumors weren’t more likely to have been regular cellphone users than control subjects.