FDA action on sunscreen too little, too late

Shortly after the Environmental Working Group released information on the results of its assessment of 1,700 sunscreens, showing that only a few sunscreens protect consumer from harmful rays, the U.S. Food and Drug Administration announced it was finally about to issue a rule on sunscreen.

In 1978, the FDA announced its intention to regulate sunscreens, but the agency’s efforts since then have been ineffective, said the EWG. 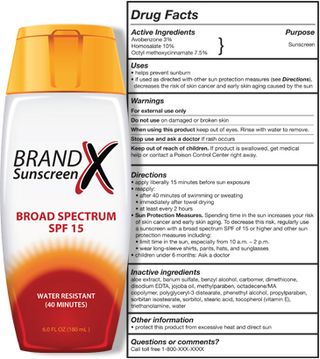 On June 14, the FDA announced that it has evaluated the data and developed testing and labeling requirements for sunscreen products, so that manufacturers can modernize their product information and consumers can be well-informed on which products offer the greatest benefit, the agency said in a Q&A on its new sunscreen rule.

Prior rules on sunscreens dealt almost entirely with protection against sunburn, which is mostly caused by ultraviolet B or UVB radiation from the sun, and didn’t address ultraviolet A or UVA radiation, which contributes to skin cancer and early skin aging.

Sunscreen products that pass a broad spectrum test are allowed to be labeled as "Broad Spectrum." These "Broad Spectrum" sunscreens protect against both UVA and UVB rays. Scientific data demonstrated that products that are "Broad Spectrum SPF 15 or higher" have been shown to reduce the risk of skin cancer and early skin aging when used with other sun protection measures, in addition to helping prevent sunburn. Other sun protection measures include limiting time in the sun and wearing protective clothing.

FDA’s rule will take effect by the summer of 2012, but consumers may begin to see changes to sunscreen labels before then.

While some action by the FDA on sunscreens is helpful, the agency has dropped the ball in terms of protecting consumers from harmful chemicals.

The FDA contends that the ingredients used in sunscreen are safe. The agency states in its Q&A on the new labeling requirements:

The ingredients in FDA-approved sunscreens marketed today have been used for many years, and FDA has no reason to believe these products are not safe and effective when used as directed. Therefore, FDA is not advising consumers to throw away their current sunscreen products.

However, the EWG doesn’t agree. In its survey of sunscreens, it found only 20 percent were good consumer choices. The EWG recommends:

Consumers look for mineral protection from zinc oxide or titanium dioxide and avoid oxybenzone and retinyl palmitate, sometimes listed as vitamin A. It also recommends not using sunscreens that are sprays.

That seems straightforward, but another consumer group, Consumers Union, publishers of Consumer Reports, has conflicting information about zinc oxide. It recommends:

Oxybenzone and other endocrine disruptors may interfere with hormones in the body, and nanoscale zinc oxide and titanium oxide are linked to problems such as potential reproductive and developmental effects.

However, Consumer Reports agrees retinyl palmitate, a type of topical vitamin A and an inactive ingredient of sunscreen, should be avoided because is an antioxidant that animal studies have linked to increased risk of skin cancers. In skin, it converts readily to retinoids, which have been associated with a risk of birth defects in people using acne medications that contain them.

Another consumer group, the Organic Consumers Association, recommends not wearing sunscreen at all due to their hazards.

My next post will include comments from the FDA on concerns raised by consumer groups on the safety of sunscreens.