Home About Newsletter Categories Donate
Do you want a winter garden? Time to take action now
Recall of the Week: Martha Stewart Collection Enamel Cast Iron Casseroles due to laceration and burn hazard 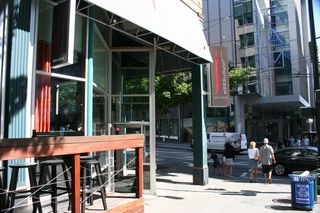 My best: Having lunch at a sushi restaurant

After a tiring morning at the Pike Place Market in Seattle, we were looking for a place nearby where we could sit down and have lunch.

Our selection, Japonessa Sushi Cocina, turned out to be great. Since I don’t eat raw fish anymore to decrease my chances of getting food poisoning, I was pleased to find barbecued spare ribs on the menu. They were small and tasty.

The prices were reasonable, too. My side salad cost $2. An extra bowl of rice was $1. I haven’t seen prices like those on a menu in a long time.

The sushi eaters in our group enjoyed their meals. The server was polite.

All in all, an enjoyable lunch out.

My worst: Rude people at the Pike Place Market

We wanted to buy some fish to take home with us. The famous Flying Fish company had a long line, so we went across the street.

The man who waited on us was slow and lethargic. I wanted 2 pounds of fish. The piece he offered was a pound and half. Not wanting to deal with him anymore, I bought it and we left.

At a fruit stand, I wanted some Rainier cherries. The clerk was busy joking with a co-worker, which was irritating the boss. I had to ask him if he had time to take my money. That cut the “scene” short. He pulled himself away from the interaction so he could do his job.

As I was waiting for one of these clerks to give me my change, a man thumped my purse and yelled at me that I shouldn’t leave my purse open. I had it unzipped because I was paying, and I had my wallet in my hand.

How irritating. Dealing with three rude people in about a 15-minute time period.