Home About Newsletter Categories Donate
Banks continue to rake in huge amounts in overdraft fees
What were your best and worst consumer experiences this week?

Federal subsidies for commodity crops are also subsidizing junk food additives such as high fructose corn syrup, enough to pay for 19 Twinkies per taxpayer every year, according to Apples to Twinkies, a new report by U.S. PIRG, a consumer advocacy organization.

However, limited subsidies for fresh fruits and vegetables would buy less than a quarter of an apple per taxpayer.

“At a time when childhood obesity rates are skyrocketing, it’s absurd that we’re spending billions of taxpayer dollars to make the problem worse,” U.S. PIRG Policy Analyst Mike Russo said in a statement. “It’s absurd that junk food is subsidized by taxpayers, while fresh fruits and vegetables barely get a bite at the apple.” 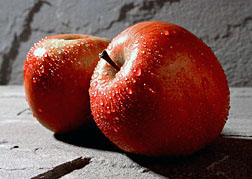 Between 1995 and 2010, American taxpayers spent more than $260 billion in agricultural subsidies. Most subsidies went to the country’s largest farming operations, mainly to grow a few commodity crops, including corn and soybeans. Among other uses, food manufacturers process these crops into additives such as high fructose corn syrup and vegetable oils that provide a cheap dose of sweetness and fat to a wide variety of junk food products.

“Shoveling cash at commodity crops also means we’re subsidizing these unhealthy additives, too,” said Russo. “At a time when government spending is coming under increasing scrutiny, it’s time for Congress to get its priorities straight.”

Among the report’s key findings:

Childhood obesity rates have tripled over the last three decades, with one in five kids aged 6 to 11 now obese. Research shows that increased snacking is responsible for a significant portion of this increase.

The report is available on the U.S. PIRG website.

Wow, I hope those ratios can be changed to 19 apples and a quarter of a twinkie.

Yes, I hope so, too. It's amazing how subsidies originally given to help family farmers are now going to agribusiness.

Junk food in the US really, I am surprised.

Thanks for the great info.