Home About Newsletter Categories Donate
Tailgating too expensive in tight money times? Use these thrifty tips to get back in the game
Recall of the Week: Chefmate Blender due to laceration hazard

My best: Getting the right tool for the job 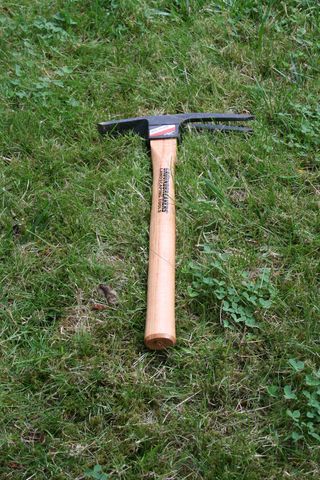 I finally picked out a company to paint my fence. My usual contractor was going to do it, but he got busy. The warm days of summer melted away.

The painters are coming Tuesday to pressure wash the fence with a chlorine solution. In addition to trimming my shrubs to get ready, I’m washing the fence and digging the dirt out from under it.

When I went to the hardware store, I picked out a small shovel with straight edge rather than a spade shaped one and a narrow trowel. I saw tool with three prongs on one side and a scrapper on the other. I thought it was too heavy, so I didn’t buy it.

However, after using the shovel and trowel, I found I needed something stronger. I went back to buy the tool I thought wouldn’t work well. It’s great for scrapping the dirt from under the fence.

It also will work well for removing moss from my flowerbeds, but that’s another project for another time.

This year, Regence has taken over the administration of my health care plan.

I can’t believe how slow Regence is in processing claims.

I thought the former company was bad, with a six-weeks wait for claims to be processed. But Regence is much worse.

When I called to complain, the customer service representative said Regence realizes it’s behind. It has hired more claims processors, and they’re working evenings and weekends.

Regence is five to six months behind in processing insurance claims. I’m having to pay bills now from the beginning of the year because my deductible hasn’t been met. It’s unreal. It’s September.