Home About Newsletter Categories Donate
Obama appoints another chief of staff who lobbied against consumer interests
Recall of the Week: Chariot Carriers bicycle trailers and bicycle trailer conversion kits due to injury hazard

Levels of cadmium reduced in jewelry for kids, adults by some retailers

To protect yourself and your children and grandchildren from the dangers of cadmium in jewelry, shop for jewelry at more than a dozen major jewelry retailers, including Saks Inc., Target, The Gap, Old Navy, Banana Republic, and Forever 21, that have stopped selling jewelry containing more than 0.03 percent or 300 parts per million of cadmium. In September, an Alameda County Superior Court in California approved a legal agreement between the Center for Environmental Health and the retailers. The agreement sets strict limits on cadmium in jewelry, stricter than those suggested by the federal government.

“We welcome this strong action, which will protect our children and families from the health risks of an unnecessary hazard in jewelry,” said Michael Green, executive director of the center, said in a statement. “Importantly, the companies are going beyond California law in agreeing to instruct their suppliers to provide them with reformulated jewelry on a nationwide basis.” 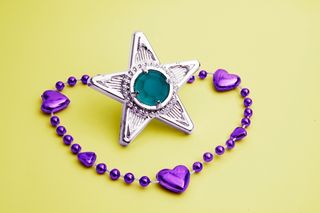 While the settlements apply only to the jewelry sold in California stores, the retailers agreed to adopt the approach nationwide, the center said. It would be financially and logistically difficult to separate their products for a California-only market.

The settlements took effect just weeks after the U.S. Consumer Product Safety Commission said it was satisfied with an alternative voluntary approach that the industry helped craft for jewelry marketed to children using the government’s scientific research, according to The Washington Post article “Cadmium-Laced Jewelry Removed From Stores.” There is no federally endorsed standard for adult jewelry.

The standard that the commission helped craft is limited to jewelry marketed to children12 and younger because that’s the age group that is most likely to suck on jewelry or swallow it.

The center said the approach backed by the commission doesn’t cast a wide enough net or embrace the toughest standards.

It also would test to determine that total cadmium content in a piece of jewelry doesn’t exceed 0.03 percent. But jewelry that fails that test could still make its way onto store shelves if it passes a separate “solubility” test.

This far more expensive test aims to determine if cadmium would leach into the body when swallowed. For a small metal part, the test entails dropping the piece into acid heated to about body temperature and shaking it for 24 hours – conditions meant to replicate the digestive process.

The industry said this second test is necessary because it’s more reliable and gives better of results. Instead of testing for how much cadmium is in the jewelry, it tests for how much cadmium would actually be absorbed into the body, which is what matters most from a safety perspective, said Brent Cleaveland, executive director of the Fashion Jewelry and Accessories Trade Association and head of the panel that crafted the voluntary standard.

If the cadmium doesn’t leach out, then it poses no health risks and therefore couldn’t be regulated by the commission because it can’t be defined as a hazardous substance.

But the center said that total content testing is less costly and more health protective because it:

Cadmium is a heavy metal that can cause cancer, genetic damage, and kidney damage, according to the center. A study published in March 2011 found that children who mouth on or swallow cadmium-tainted jewelry can be exposed to as much as 100 times the maximum exposure limit.

Also, a 2006 study concluded that exposure in children "should be limited as much as possible" to prevent direct health problems and problems later in their lives. People can be exposed to cadmium if they touch, suck on, or accidentally swallow metal pieces, and studies show the toxin can stay in our bodies for more than two decades.