Home About Newsletter Categories Donate
Recall of the Week: Tassimo single-cup brewers and Tassimo espresso T discs due to burn hazards
Happy Valentine’s Day to you and your loved ones

Do you know a senior mom who’s hungry on Valentine’s Day? 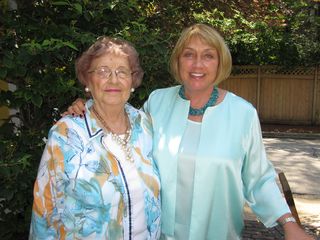 Barb Anderson, founder of Mom's Meals, and her mom

Valentine’s Day can be a lonely holiday for many seniors.

Instead of giving chocolate this year, you may want to consider giving your aging parent or relative a gift that could make a difference on a daily basis – nutritious meals, says Mom’s Meals, a company that offers meals delivered to the home by FedEx.

Obesity in America is getting a lot of attention. However, hunger and nutrition issues among seniors don’t get much coverage. It may be a good idea to check out what’s in the refrigerator of your elderly loved ones and see what can be done to help out.

I really agree with this. I have an older sister that says she does not want to gain weight. She is almost 80 with dementia. She is in fear of money and cuts on her grocery bill. I know that she eats when I am around. Food is a great gift. Good story that can be used any time.