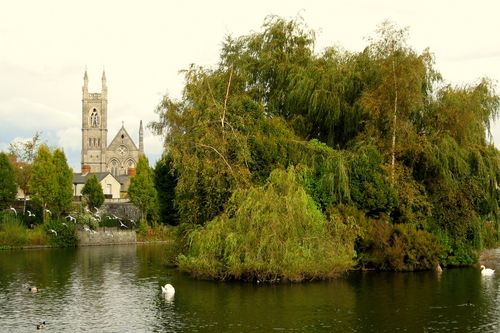 Originally a religious holiday to honor St. Patrick, who introduced Christianity to Ireland in the fifth century, St. Patrick's Day has evolved into a celebration for all things Irish.

Congress proclaimed March as Irish-American Heritage Month in 1995, and the president issues a proclamation commemorating the occasion each year.

Here are other facts and figures on St. Patrick’s Day from the U.S. Census Bureau:

Number of U.S. residents who claimed Irish ancestry in 2010. This number is more than seven times the population of Ireland itself, 4.58 million. Irish was the nation's second most frequently reported ancestry, trailing only German.

Median age of those who claim Irish ancestry. It’s higher than U.S. residents as a whole, which is 37.2 years.

Percent of New York state residents who were of Irish ancestry in 2010. This compares with a rate of 11.2 percent for the nation as a whole.

Percentage of people of Irish ancestry, 25 or older, who had a bachelor's degree or higher. In addition, 92.5 percent of Irish-Americans in this age group have at least a high school diploma. For the nation as a whole, the corresponding rates are 28.2 percent and 85.6 percent, respectively.

Median income for households headed by an Irish-American, higher than the $50,046 for all households. In addition, 6.9 percent of households of Irish ancestry are in poverty, lower than the rate of 11.3 percent for all Americans.

Percentage of householders of Irish ancestry who owned the home in which they live, with the remainder renting. For the nation as a whole, the homeownership rate is 65.4 percent.

Places to spend the day

Number of places in the United States named Shamrock, the floral emblem of Ireland. Mount Gay-Shamrock, W.Va., and Shamrock, Texas, are the most populous, with 1,779 and 1,910 residents, respectively. Shamrock Lakes, Ind., has 231 residents and Shamrock, Okla., 101, and three Shamrock Townships in Minnesota, Nebraska, and Missouri have populations of 1,272, 413, and 40, respectively.

Number of places in the U.S. that share the name of Ireland's capital, Dublin. The most populous of these places is Dublin, Calif., with a population of 46,036.

Other appropriate places to spend the day: the township of Irishtown, Ill., several places named Clover – in South Carolina, Illinois, Minnesota, Pennsylvania, and Wisconsin – and the township of Cloverleaf, Minn.