Home About Newsletter Categories Donate
Two dangerous trends for kids: Battery operated cars for toddlers and the princess phenomena for girls
Shredding paper was my best consumer experience this week, while dealing with my electrical utility was frustrating

More women in their 60s living with their friends

Some say the ‘60s hippies are going back to the commune. Others call the growing number of female baby boomers rooming together “‘The Golden Girls’ phenomenon.” 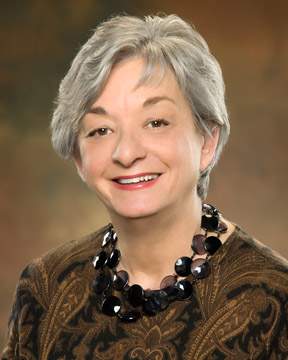 It’s really about women choosing to live with friends, Martha Nelson, author of “Black Chokeberry,” novel about three older women who unexpectedly end up sharing a home, said in a statement.

“As a group, we’ve been empowered more than past generations of women,” said Nelson. “We’re more worldly, stronger, financially savvy, and healthier than our ancestors… and we know what we want.”

Increasingly, what women want is to actively age with the camaraderie, laughter, understanding, and support of other women who share their ideas of healthy lifestyles, good food from their own gardens, green living, and other activities.

In 2010, 480,000 boomer women lived with a least one unrelated female, according to an AARP analysis.

And, the number of U.S. HomeShare programs, which help connect people interested in sharing a house, has been steadily rising since the Great Recession.

“This concept is really trending on the East and West coasts and is very big in Europe,” said Ryan Cowmeadow, vice president of the National Shared Housing Resource Center, a clearinghouse of HomeShare programs.

HomeShare’s numbers are up about 15 percent since 2007, and about 75 percent of applicants are female.

The cohousing movement – where residents have private living spaces but share common areas, such as dining rooms, and tasks, such as cooking – started in Denmark and is becoming popular in the United States.

Cohousing can be found in more than 200 communities in America, with the states of California, Colorado, Massachusetts, North Carolina, Oregon, Pennsylvania, and Washington offering the most cohousing opportunities.

Nelson said more women are interested in living with other women because women usually live longer than men, and men are more likely to remarry after a divorce or the death of a spouse.

“And fundamentally, I think it’s as much about the special bonds women share,” she said. “We form these wonderful, supportive, 'tell the truth' friendships, which survive the demands of husbands, children, and careers.”

A former journalist and educator, Nelson’s marriage ended in divorce when she was in her 50s. After regaining her balance as a single woman, she turned to her friends as she stepped back into life.

"I came to fully understand the importance of women friends in my life," she said. "They are the gold standard and as we age, they are critical to happiness, regardless if one is married or in a committed relationship."

The practical considerations of creating close living communities – include health and safety, care in times of an accident or medical emergency, and financial considerations – are important for many women who find themselves single or widowed after long marriages, Nelson said.

But boomers are known for demanding more than creature comforts from life, she said. “We want to be happy; we’re healthy, active and we want to enjoy ourselves as we age. We want to travel, go to a movie with a neighbor or housemate, cook a meal, share a garden, and feel that we are contributing to our communities.

“We’re strong women, and we can choose to live the way we want as we get older,” Nelson said. “Very often, that will mean with other women in close knit communities."